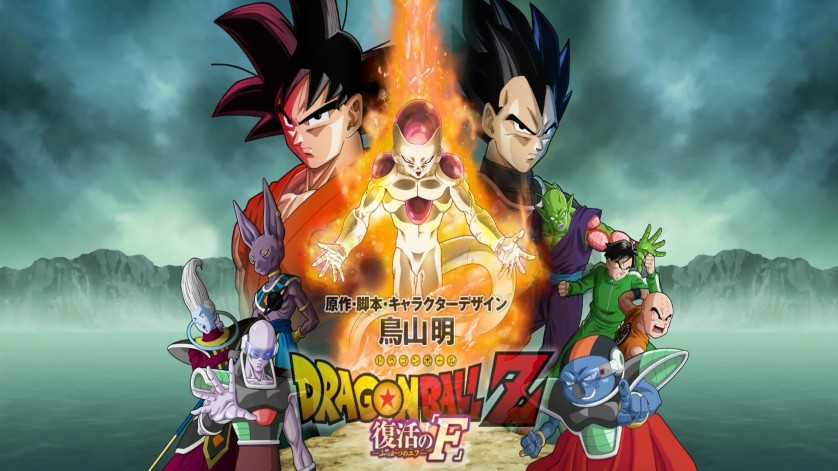 Toei Animation gives audiences a first glimpse of a golden Frieza in the brand new trailer for the upcoming “Dragon Ball Z: Fukkatsu no F” aka Resurrection of Frieza.

In this follow up to the 2014 “Dragon Ball Z: Battle of Gods,” Goku faces off against a resurrected and exceedingly more powerful Frieza. It’s seems Goku’s godlike advesarry, Beerus, will be joining in on the fun. It has yet to be seen if Beerus will mix it up with Son-Goku and the fiendish Frieza, or just stand watch as a spectator. Based on Beerus’ penchant for engaging in fistacuffs with the most powerful of beings seen in the last movie, I feel like we may see him kick up some dust at some point during the film.

”Dragon Ball Z: Fukkatsu no F” will tell a new story: An Earth where peace has arrived. However, remnants of Frieza’s army Sorbet and Tagoma (from the Japanese word for ‘egg’) arrive on the planet. Their goal is to revive Frieza with the dragon balls. Their dastardly wish is granted, and the revenge against the Saiyans is revived.

Peep the new trailer below.

“Dragon Ball Z: Fukkatsu no F” is set to instant transmit into Japanese theaters on April 18th. Stay tuned to FilmFad.com for the most up-to-date details on a domestic release.