“Flash Gordon” star Sam Jones has been introduced to a new generation with his appearance in the Seth McFarlane film “Ted.” With the release of “Flash Gordon” in 1980, the nostalgia for the space opera has reached a prominent peak and has remained an epic part of cinematic history. We had the chance to speak with Sam Jones at the 2016 Tidewater Comicon and he gave us a bit of perspective in regards to his career and his influences over the years.

“Well I was playing Marine Corps football and I got out. And I said, ‘I want to go to Seattle and I want to play for the Seattle Seahawks’. And someone said, ‘Slow down cowboy, maybe you need to make a few calls’. So anyway, I played one year on their practice team called the ‘Burien Flyers’ and I said ‘Ehh…I don’t know if I’m ready…’ I was maybe 22, 23 at the time. I said, ‘I don’t know if this is what I want to do’. So I read an article on Clint Eastwood and the article inspired me. I said to myself, ‘I don’t know if I can accomplish what Clint had accomplished in those years…’ This was probably 1977. And I said, ‘…but I would like to give it a try.’ And so that’s what inspired me to go to Hollywood and give [a] shot at acting. And within a year I was working. It was great.”

Sam Jones is primarily known for his role as Flash Gordon. Given that his role has become iconic among audiences, we were curious about how it has affected his other roles. Is he stereotyped when being selected to play a part? Is the Flash Gordon persona a blessing and curse that he sometimes wishes he could escape from and diversify?

“No, no I don’t want to ever escape or get away from what really made me. It’s been a major blessing in my life. Not only has it brought a lot of provision over the years but…it’s very…I guess it has an impact and an influence on a lot of people. And now because of ‘Ted’ that opened up another age demographic. So it’s not just my age and our kids, now it’s the grandpa, the son, and the grandson. And same thing with grandma, it’s the grandma, daughter, and granddaughter. So it’s wonderful and I don’t ever want to say, ‘Oh I don’t want people to recognize me’. Yeah, I want them to recognize me as Flash Gordon. There’s a few similarities between me, Sam Jones, and the character Flash Gordon. Both of us, we don’t have any super powers. We have to rely on our athleticism and our wit.” 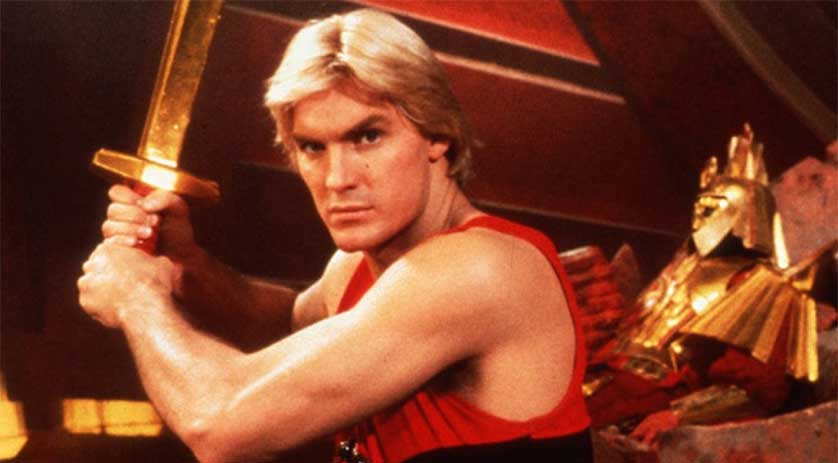 “No, no I don’t want to ever escape or get away from what really made me.”

Given that he mentioned a new audience demographic with the film “Ted,” we were curious to how he became involved with the film. Who approached who? Did Seth McFarlane reach out to him or was he interested in acting as a parody of his Flash Gordon persona?

“Seth McFarlane called me one day and said, ‘Hey Sam, this is Seth McFarlane’. And I said, ‘Who are you?’…haha, I knew who he was (laughs). He said, ‘When I was 8 years old, I saw your movie and it really inspired me and kinda changed my life. When I walked out of the theater, I knew I wanted to be a creative person’. And I said, “Seth, you became creative that’s correct, but also you became a little bit PERVERTED didn’t you’?!? And anyway he said, ‘I’ve got this movie about a cute little innocent bear and I want you to come on board’. So that’s what I did.” 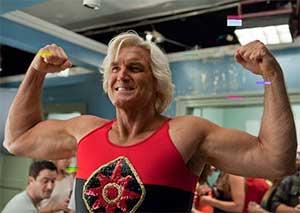 “[Seth and I] bumped heads a few times”

We continued to praise his performance in “Ted” and his spirit when it came to parodying himself. In response to that praise we learned that Sam enjoyed it but also had to keep Seth McFarlane in check sometimes when it came to the portrayal of Sam Jones aka Flash Gordon.

“I enjoyed it. I mean [Seth and I] bumped heads a few times because he hired me to make fun of myself…a parody, a spoof. So there are a few of the things he asked me to do and I said, ‘Well wait a minute now, I’m playing pieces of myself, part of me, but it’s not really all of me nor is it accurate on even the smaller pieces but I’ll give you pieces of me’. But certain things I can’t do because I always will have a following, especially with the younger crowd now and I gotta be careful what I do.”

With his fan base still growing, we wondered how fans approach him on the street. Do they constantly reference Flash Gordon in conversation with him?

“People recognize me a lot, but funny enough in L.A., because it’s so full of actors and celebrities and all that, they’ll recognize me but what they’ll do is instead of coming up and saying, ‘Hey, can I take a picture, an autograph…’, they’ll just walk by me, hum the theme song, and keep walking. Which is really cool. I mean, that’s really kind of brilliant you know?”

We proceeded to thank Sam for the interview and coming to Tidewater Comicon. He’s a big guy with a big, pleasant personality and outside of being an actor, our guess is that he would be a blast to just hang out with. We wish him the best and hope to see him pop up in other projects in the future.

What are some of your favorite Sam Jones/Flash Gordon moments? 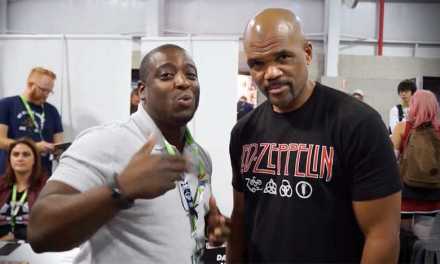 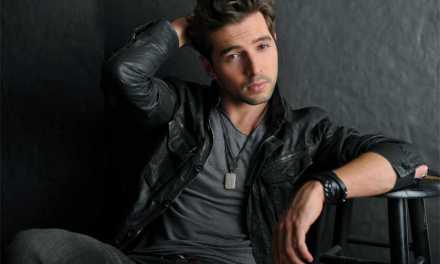