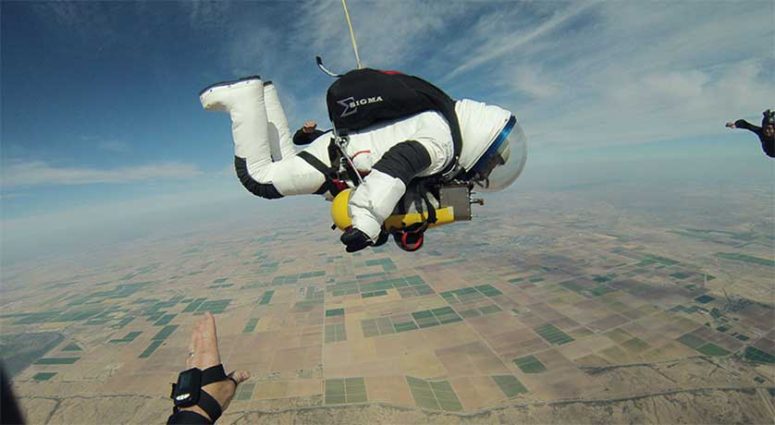 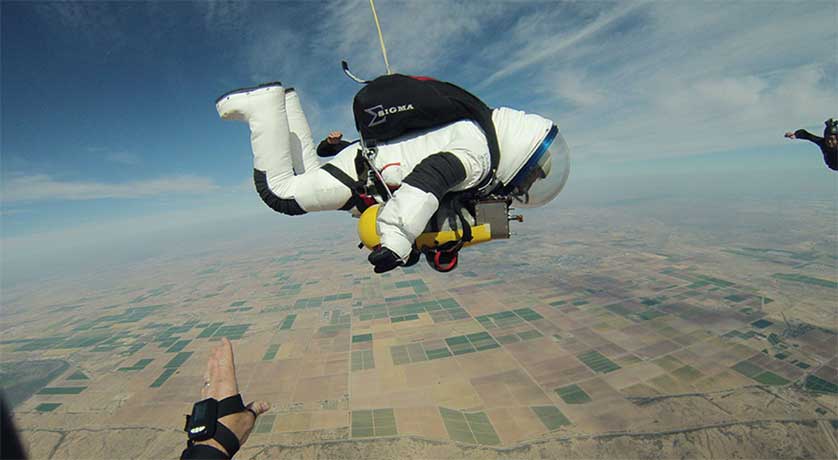 Alan Eustace discusses his jump from the stratosphere with director Jerry Kolber!

Mankind has had a continuous desire to explore beyond our own world. But when it comes to the documentary “14 Minutes From Earth,” they question why we aren’t exploring what’s directly in front of us. As former Senior VP of Google Alan Eustace decided he wanted to jump from the stratosphere back to Earth, Director Jerry Kolber visually documented this adventure. We had the chance to speak with them both about the death-defying feat and the journey to making it happen.

After watching “14 Minutes From Earth” I became privy to the knowledge that this was mostly filmed in secret. While other events such as this might have been widely televised, I wanted to know why things were kept so quiet. Director Jerry Kolber provided the answer as to why.

“There was a couple reasons for it. The primary one was a safety issue…which is, when you have the eyes of the world on you whether it’s a live event or you’ve got a network or other people who have outside interests in getting the film done on a certain schedule or a certain way, you end up with an unconscious pressure to make certain decisions about what actually happens in the project. And because Alan’s [Eustace] safety was first and foremost the consideration for this whole project, it made the most sense to do the filming secretly and not tell anyone what we were up to.

With Alan’s safety being the biggest concern, I was curious as to why he was the one making the jump. Obviously Alan Eustace is an ambitious individual in good health, but why take the risk? What was going through his mind as he made the jump?

“Well I’ve always been interested. Anybody who’s a skydiver has looked back on the history of high altitude skydiving and has to think, ‘Boy, what would it be like to be in that position’? I always had the interest in trying to do something but frankly as I got older the ability to do it kind of went down. The interest kind of went down over time. You feel like if you’re not a 22 year old astronaut candidate then you’ll never get a chance to see what it’s like, to be able to go that high. For me I got more and more interested in this particular jump and particular record and felt like there was a new technological approach to simplify it and make it safer. It’s like paying somebody to climb Everest for you, it’s not quite the same thing. And then the other piece of it…I was trying to do something that was revolutionary from a technology point of view. And the idea of trying to find somebody who believed in the safety and the value of this kind of technology and convincing them to put themselves at risk for my dream, and with the assumption that I knew what I was talking about in this particular area, it would be a tough thing to do.”

The suit that Alan was confined in was stationary for the most part. Being confined in that suit for so long may have triggered a claustrophobic effect for some. I wanted to know what kind of discomfort Alan felt in the suit and how he overcame the struggles. 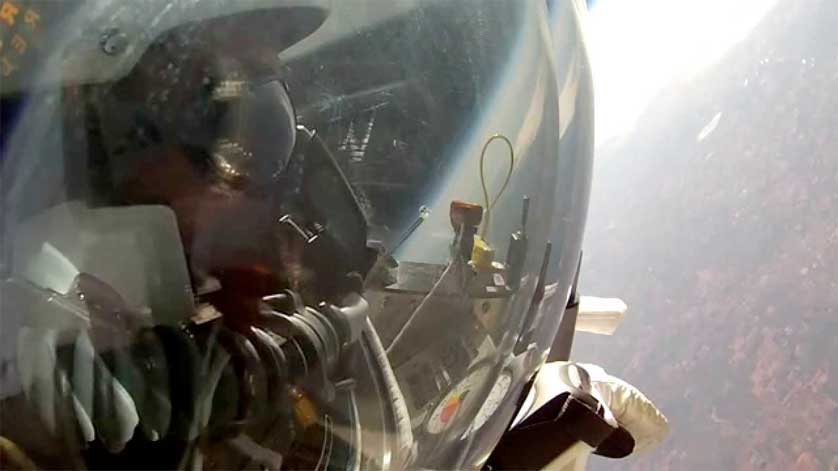 There’s no way to develop a real appreciation for what these suits are really like.

“The suit is kind of interesting. The first time you’re in it you have these unrealistic expectations about what it’s going to be like in a space suit. There’s no way to develop a real appreciation for what these suits are really like. They’re heavy, they’re bulky, and the joints in them are designed only to move in particular directions. So even simple things like reaching out and picking up something requires you to relearn how to move your body in this environment. It’s a very strange thing moving in a suit. They tend to be very hot. There’s all these hot spots. There’s places in the suit where various pieces of gear poke out. And so you find that by being in the suit and then you get out and there’s this big red blot on your chest or something like that or under your armpit there’s something. What they do is they go back and mark that spot and then believe it or not, the technology is that they sew on your shirt something that really is a sponge. It looks exactly like a sponge that you buy at the grocery store or something (laughs). So they sew that on and that’s now the protection for that spot. And so if you look in the film there’s probably a couple places where you see me in a shirt with sponges sewn to it (laughs). That’s the way you make the suit more comfortable and you get used to it.” 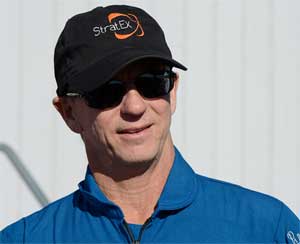 For me, part of the project is to make the stratosphere accessible again.”

How we could see the stratosphere explored in the future? With Alan being so invested in exploring this layer of Earth further, what could others plan to see in their lifetimes?

“I feel like there’s lots of things in the future with the stratosphere. Stratosphere transportation, there’s a lot of space tourism work, my team went on to do world view that allowed ordinary citizens to pay $75,000 and be able to get a view to be able to see the darkness of space from 100,000 feet and float down in a fully open parachute.”

After making an unimaginable jump from the stratosphere and breaking the world record, where does Alan Eustace go from here? Is this his last hurrah or does he have something else in store for the future?

“My plan is to do all kinds of things. Once you have a suit that will allow you to survive in the stratosphere, there’s lots of things you can potentially do. Lots of records you could break, lots of experiments you could do. So I want to do them all. Once I had set the record for the freefall, that’s actually the hardest of all the things I had in mind to do with the suit. One of the things I want to do, what would it be like to break the highest record for hang gliding? You could basically use the same system for your hang glider and take the suit. But this time put in a harness underneath the hang glider and you could essentially fly down to Earth. So I thought that would be really fun.” 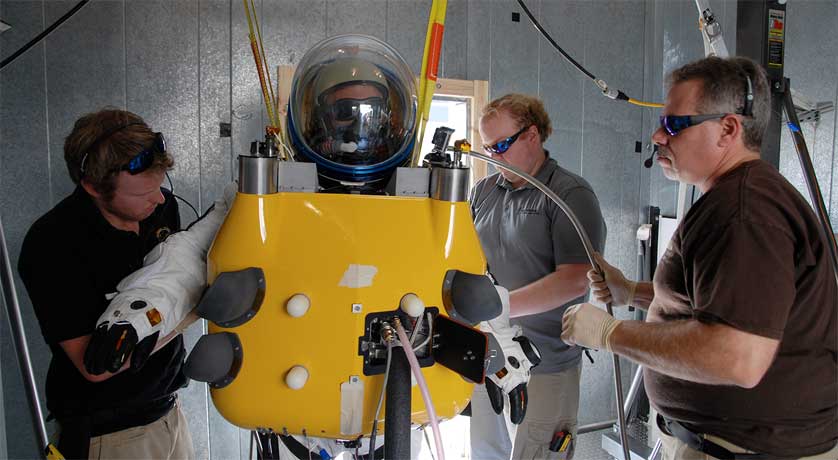 “Once you have a suit that will allow you to survive in the stratosphere, there’s lots of things you can potentially do.”

Alan Eustace accomplished an amazing feat in “14 Minutes From Earth.” With director Jerry Kolber telling his story and visually depicting the process, we get to see just how involved this jump was. Fro the full interview, check out our YouTube channel or the video at the top of the page.

Tell us your thoughts on Alan Eustace’s jump and the documentary “14 Minutes From Earth.” 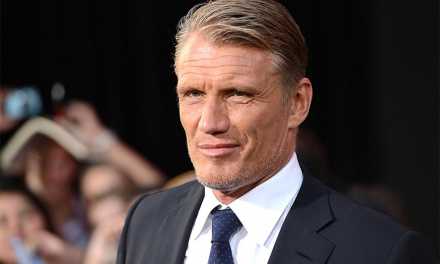 Exclusive: The Guys of ‘Blue Mountain State’ Give Explicit Insight Into ‘Rise of Thadland’ 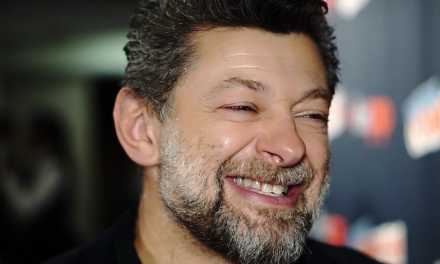