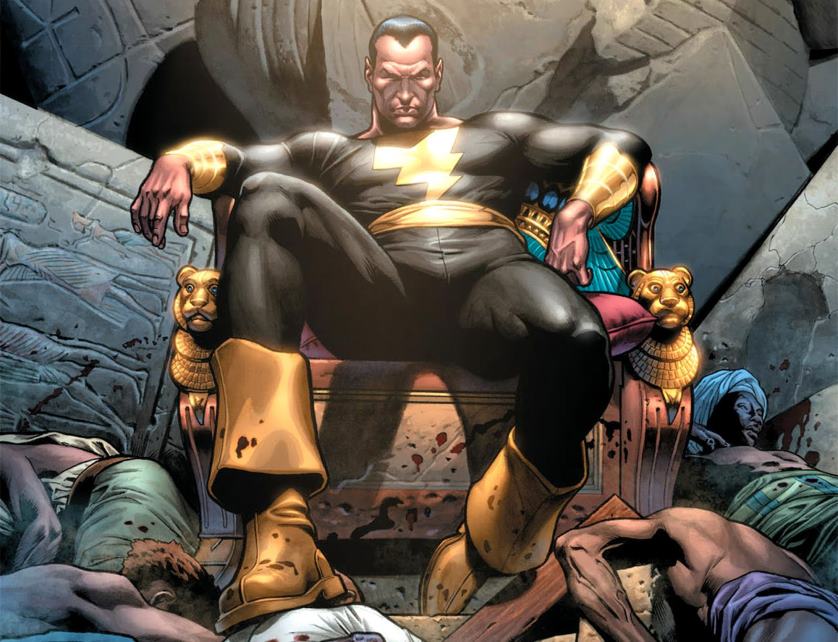 Dwayne Johnson has been teasing his involvement in the upcoming “Shazam” film for quite some time but there has been a lot of speculation whether he would play the film’s villain or hero. Today it was confirmed via Twitter that he will indeed be playing the villain known as Black Adam.

"Kneel at his feet or get crushed by his boot." My honor to become.. #BlackAdam #TheAntiHero #DCComics pic.twitter.com/Qk55eNf3R7

Also tied to the film will be screenwriter Darren Lemke. Lemke is know for mostly children’s films which leads us to believe that the “Shazam” feature film will have a similar script style to films like “Jack the Giant Slayer” released earlier last year. Given that “Shazam” is about a child who speaks a magic word to become an adult superhero, I can see how the studios fit Lemke with the role of writing.

In addition to taking a starring role, Dwayne Johnson will also be a producer on the film alongside Hiram Garcia who has been tied to many other of Johnson’s previous films. As said with the screenwriting choice of Lemke, you can possibly gauge the pace of the film based on the previous collaborations of Johnson and Garcia.

To reinforce their casting choice, New Line cinemas gave a enthusiastic statement regarding Dwayne Johnson being tied to the film. President of New Line Toby Emmerich summarizes Johnson as a real life superhero that more than makes sense in a superhero feature film and it’s true. Dwayne Johnson has star power and towers over the average person. He is the physical embodiment of a superhero (or in this case super villain) and it makes sense to put him into such a role for a superhero film.

“We Love Dwayne and have had nothing but success with him over the years,” said Toby Emmerich, President and COO of New Line. “When I look at Dwayne both off screen and on screen, he is such a larger than life character and it just made perfect sense to me that we put him in a DC comic movie. You look at these comic book characters and they have this certain swag and charisma that Dwayne carries with him where ever he is so that’s why this always made sense.”

Personally I get the impression that this film will be geared towards a younger audience based on those tied to the film thus far. It may be a fun ride but I wouldn’t expect the serious tone of films like “Man of Steel” or especially “The Dark Knight.” I enjoy Dwayne Johnson and think he is a great modern day action hero, I just hope that this film doesn’t turn out to be his “Green Lantern.”

What do you think everyone? Good news or bad?

Anything with the Rock is great, even when its bad.