It’s here and the Avengers are reassembled!

After a long wait after the San Diego Comic Con debut, Marvel has finally released a trailer for “Avengers: Infinity War.” Bringing every character into the mix to battle the baddest of baddest villains, this should be the largest scale Marvel film yet.

We have known Thanos was on his way for quite some time. Since his post credit scene in “The Avengers,” Thanos and the Infinity stones have been on everyone’s minds. We have all been following the trail of where these stones have been hiding and in this trailer we see the big purple alien get his hands on a few and load them into the Infinity Gauntlet.

Additionally we have a few details to keep us pondering. Peter Parker’s arm hairs raising on the bus signify that he is learning more about his powers and possibly mastering his Spidey Sense. We also get to see his new suit that was presented to us in “Spider-Man: Homecoming” in action and even being used to go toe-to-toe with Thanos.

The other significant moment comes when Thanos has Vision pinned down as he attempts to extract the mind stone. While we assume that he does get it, we only see the Infinity Gauntlet powered up by the space and power stones. We also see the return of Captain America (or Nomad) and many others from previous films.

The biggest remaining question regarding the “Avengers: Infinity War” mystery is the whereabouts of the final stone, the mind stone.
Its location may be revealed in this film or possibly in the upcoming “Black Panther” movie. But for now, at least we finally have some media! 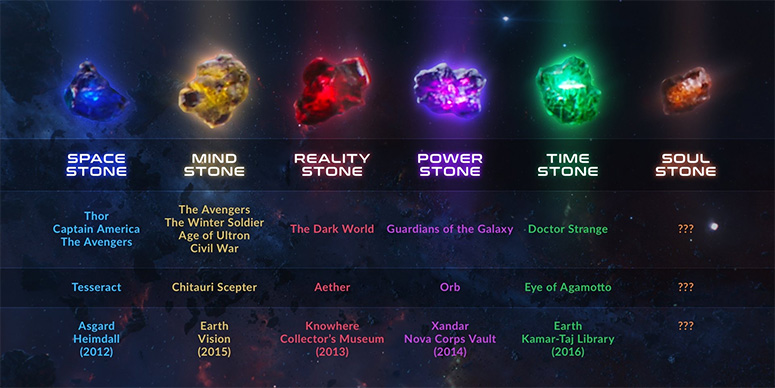 Tell us your thoughts on the “Infinity War” trailer and check out Eric’s reaction below!

New Into the Woods trailer explores all characters