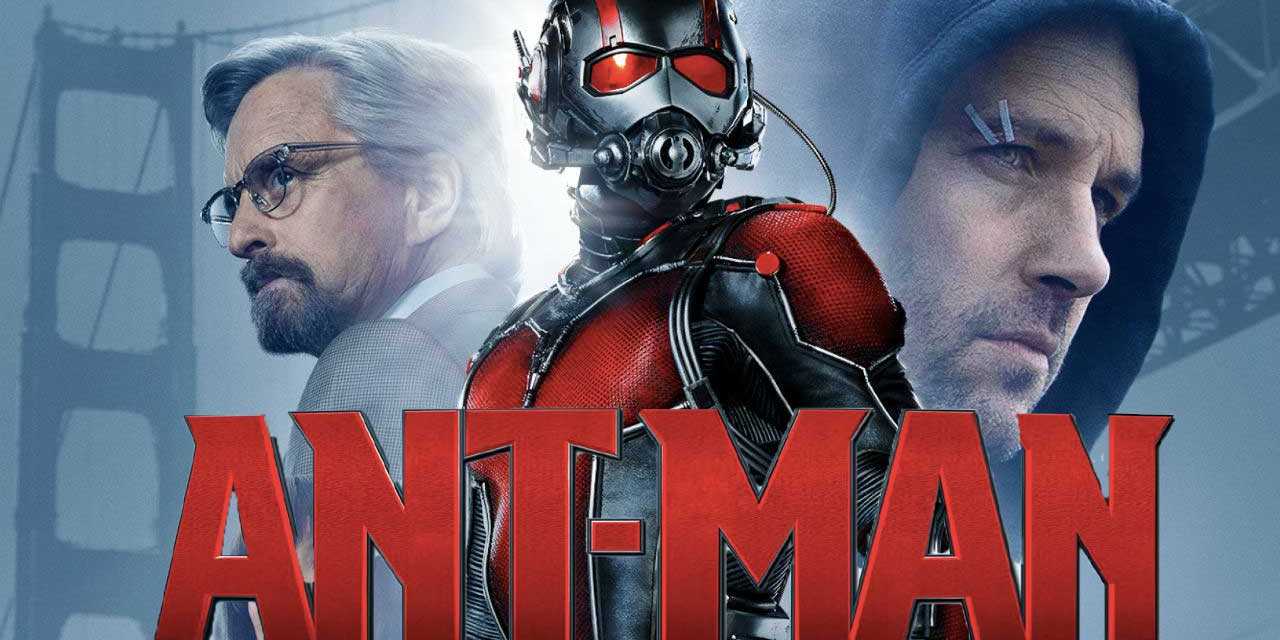 The next Marvel film is here but it’s not quite as big as the others (Okay, I’m done with the puns…maybe). I will say that I did enjoy Ant-Man but that’s not to say it’s without fault. But while I enjoyed it, did the film “size-up” to everyone else’s expectations?

A few months ago Pooya published an article on why Ant-Man won’t be a part of the MCU. While that was a pretty bold statement, he brought up some valid statements that hold true to “Ant-Man’s” cinematic value.

Before I dive any further into the cinematics, let me get this out in the open. This film takes about 80% of its plot and characters from the first Iron Man film. Given that’s not a bad film to take from with a Rotten Tomatoes 94% approval, it still shows that Marvel has begun to go with a reusability model with their films. Now with that said, I’ll try to focus on the 20% of originality in the film rather than the 80% of rehashed cinematics. 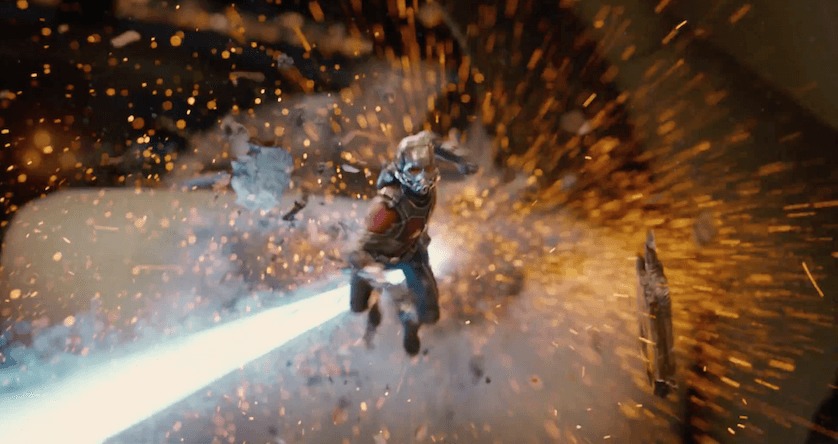 Besides the similarities to “Iron Man,” “Ant-Man” holds its own with captivating cinematography. The fight sequences and action shots are both fun and engaging. The constant shift between Scott’s small and large form are incorporated into the fight sequences beautifully. He uses that shift in size to both throw his opponents off balance and give himself a tactical advantage when necessary. These sequences are fluid and keep you engaged throughout the battles. Outside of the fights there are many notable moments of travel and environment interaction that are worthy eye candy as well. Traveling through a pipe or running down the barrel of a gun are all shot at interesting perspectives that really give you a feel for the size of the surrounding environment. 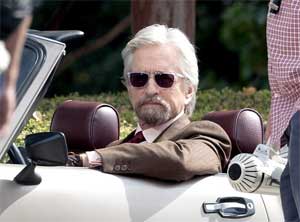 I wish there was more Hank Pym…

Outside of cinematography, there are moments that tie the film into the MCU, develop some new characters, and some moments that seem to drag. The moments that seem to drag may be due to Marvel’s use of recycled material (as mentioned above). We have a good versus evil battle in use of technology, a training segment on how to use that technology, and an ultimate end battle between the two technologies. Packed in between all of that there are some worthy moments that tell an interesting story. Hank Pym’s (Michael Douglas) story is extremely interesting and had me salivating for more. The flashbacks and origins of Pym had me fully engaged but unfortunately the other characters had me drifting. Scott Lang’s story wasn’t that interesting in the comics so I can’t really discredit Paul Rudd. But it is unfortunate that he got stuck with such a generic “Robin Hood story” where he “does it all for his daughter.” We’ve seen that story in so many films, let’s be a little creative. With that said, I do think that there is potential for Scott Lang in the future of Marvel films. His abilities are unique and should provide ample entertainment for the future. While Hope van Dyne (Evangeline Lilly) was not explored much in “Ant-Man,” I do see potential for her in the future as well and hope that Marvel utilizes Lilly as an actress. As for Corey Stoll as Yellowjacket, let’s just say he’s Jeff Bridges in “Iron Man” and leave it at that.

Despite the redundancies in plot and characters, “Ant-Man” still wins in the cinematic department. Marvel is a bit cocky using a formula that has already been used. They even mockingly reference “Iron Man” multiple times to make the formula apparent. But even though they’re cocky, they show they have a right to be. It’s a cinematic formula that worked in the past and for the average movie-goer, it definitely works again. And while watching Iron…I mean “Ant-Man” you even get some great action sequences that look beautiful on the big screen. 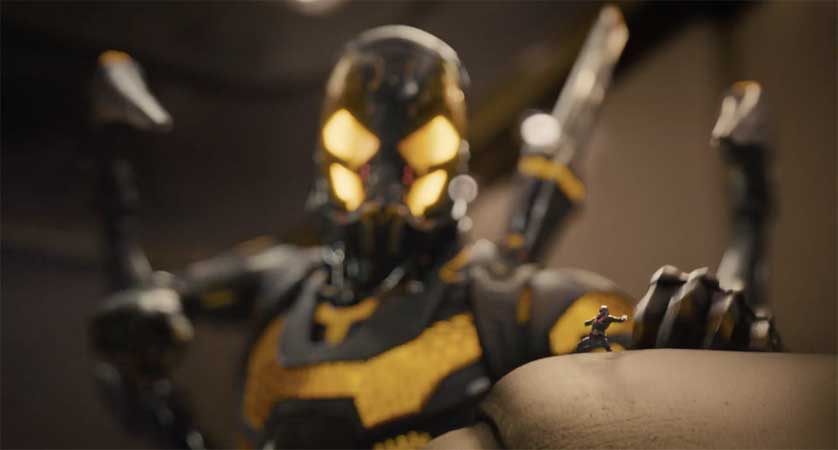 “Ant-Man” has some amazing perspective shots!

As said, there were moments where the film dragged but when the film entertained, it brought its A-game. “Ant-Man” is a hero that really maintains engagement because of the constant changes that can occur in both his appearance and the appearance of his environment.

If you’re a fan of the Marvel Cinematic Universe then you will most likely enjoy the film. It continues the overall story of the universe at certain points but overall it’s just a fun film. The origins we’ve seen before with other characters and even seen some of the personalities are the same, but the action and adventure of the film is enough to keep you entertained. 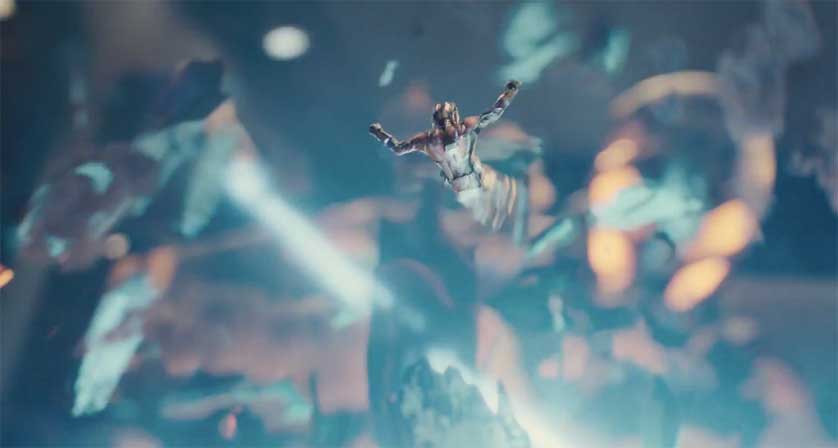 “Ant-Man,” like many Marvel films, falls into the category of “superhero fun.” This means that despite a simplistic plot and characters, it’s a great film to mindlessly engage in on a Sunday afternoon. There are a few other Marvel films that I might watch ahead of this one, but I can definitely say that I will be viewing this film again. I might not venture out to a theater to watch it again, but once it’s out for me to own, I’ll give it another watch.

Despite using a recycled Marvel cinematic formula, "Ant-Man" is still very much a Marvel film and very entertaining. There were a few moments where the film dragged, but overall I think it's a film that many will enjoy. I look forward to seeing Ant-Man join the rest of the characters in the upcoming Marvel stories. 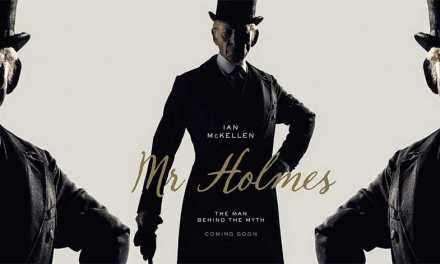 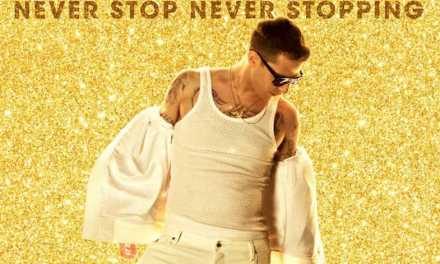 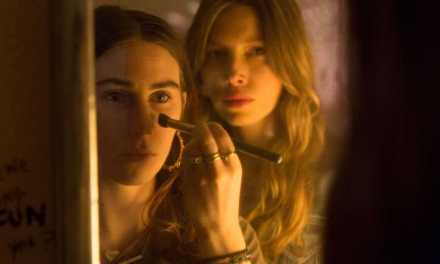 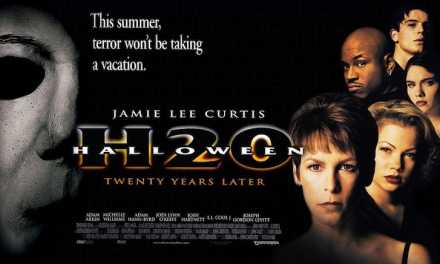 I’m thinking of taking the kids to this. They got through Guardians of the Galaxy just fine. Anything I need to worry about taking them to this?

I would say it is very kid friendly. The most vulgar moments were some light harsh language like sh*t and damn. Other than that, there are many moments that kids would have fun with.

Finally got a chance to see the movie. The kids loved it. A couple of things really stood out for me. First was use of animals. On one side we have Darren Cross having no issues at all performing dangerous testing on adorable little lambs (which had much of the audience wincing a bit), as opposed to Pym and Lang seeing the ants as helpers and partners. I thought that really nailed an interesting split in how these opposing characters viewed living things. The other that really hit was as Bobby Canavale who was great as the cop dating Scott’s… Read more »