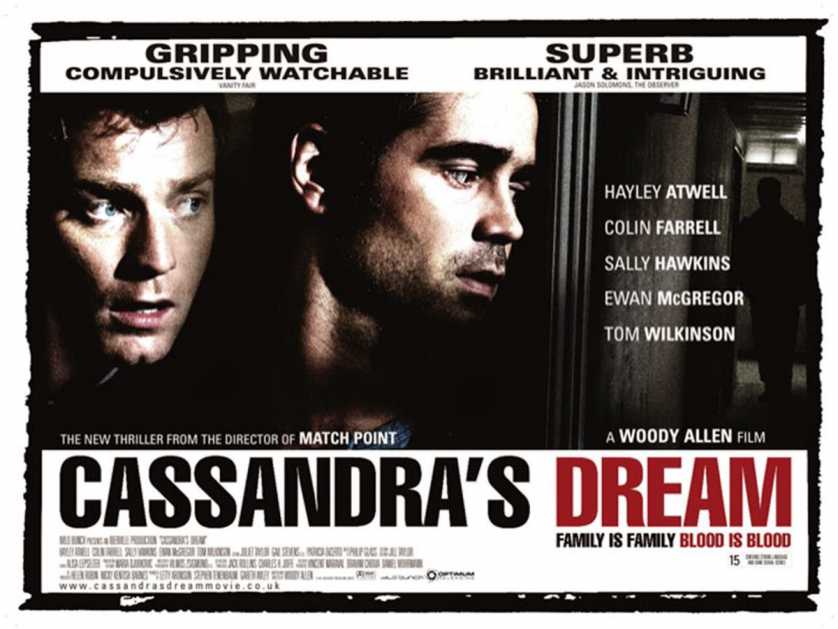 Woody Allen films have always been hit or miss for me, and unfortunately “Cassandra’s Dream” is a complete miss. I was excited for this film because it seemed to have a very compelling plot and it had two of my favorite actors, Ewan McGregor and Colin Farrell. Both of them are incredibly talented, which we’ve seen time and time again in their films (save for a few), but here in “Cassandra’s Dream” no actor’s talent could save the dull, expository, and (at times) impassive dialogue/plot points.

Even if the plot of a Woody Allen film wasn’t all that great to begin with, the dialogue and scenes full of popping, fresh conversation would hold my attention. There’s an effort to include those aspects in this film, but sadly the film altogether fails. Besides a few good scenes, “Cassandra’s Dream” is not even worth a single view, in my opinion.

To start off with, the plot points and structure are set up nicely for this story. Everything occurs at the correct time, mimicking the twelve stages of Joseph Campbell’s “Hero’s Journey” structure that we’ve come to know and love. The problem with some of the stages is that we don’t see them. Seriously, there are at least five moments in this film where something substantial is about to happen and then it cuts to the next scene (day), when the character tells another what occurred. This is fine, at times, but when most of the plot points in a film seem to fall under this bland method, you’re left with a lot of confusion and dissatisfaction.

Take the break into Act 2 of “Cassandra’s Dream” for example. We see Terry (Colin Farrell) working on a car. His brother Ian (Ewan McGregor) comes up to him and asks for some money. When suddenly, Terry (looking terrible) reveals that he lost 90,000 pound during a card game last night, and he doesn’t know how he’s going to pay it off. With both brothers in need of an insane amount of money, the goals of the protagonists have been set, but the scene itself has no validity and leaves you (as the viewer) feeling empty. Why? Because we didn’t see Terry lose the 90,000 pound and feel the same panic he was feeling. Take the visual moments out of a visual medium, turning them into “storytelling” time, and you’ve already lost your audience. We’re not here to hear about WHAT happened; we want to see it for ourselves. 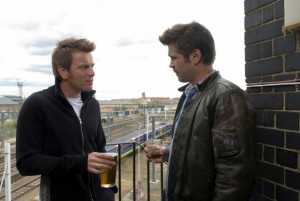 This doesn’t just happen at Plot Point #2. It actually occurs at the climax of the film as well… the Climax being the most rewarding part of any film. Whether it’s happy or sad, your emotions should feel rewarded. Not here, though. The film ends on a terrible note, which sucks because it had some good things going for it as it headed into the final moments. **Spoiler Alert**

Because Terry feels terrible about he and Ian killing a man in order to secure the finances of their uncle, who wants to pay off their debts, Terry decides he is going to turn himself in. Ian and his uncle cannot allow this to happen, so the uncle demands Ian to kill Terry. While they are out on their small sail boat (called “Cassandra’s Dream), Ian can’t bring himself to kill his brother, but they end up getting into a bit of a scuffle, which ends with Terry pushing Ian and accidentally killing him. After this happens, we see Terry completely distraught over committing murder once again, but then it cuts away from this great emotional sequence to the cops going over the facts. They say, “Well, it seems like there was a scuffle, which killed one of them, then the other guy drowned himself.” And then, the story abruptly ends… 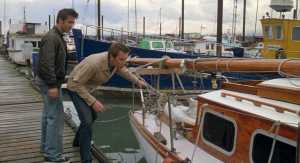 Terry and Ian with their boat, “Cassandra’s Dream.”

I’m not kidding you; that’s how the film ends. It’s 100% completely dissatisfying, and made me very angry that I even watched it. With the film full of these impassive and matter-of-fact moments, which make the dialogue sound cheap and dull, there’s not much more on the technical side that can save this film. The cinematography and composition are nothing to write home about, but that’s not saying it wasn’t very well made. It was generic and safe, and there’s nothing wrong with that. The characters themselves are pretty good, to be honest, but the dialogue and cheap moments of exposition dampen the emotional resonance of their trials and tribulations.

If the story was told with more visuals rather than exposition, I might have enjoyed it a lot more. I was sitting on a yoga ball while watching this film, and I started falling asleep. That’s pretty hard to do. Why did this film send me to sleep? It’s because I was mostly watching two (or more) people talking about WHAT happened instead of experiencing it myself. “The Social Network” did the same thing, but they actually showed what happened after they talked about it, creating a great sense of appeal and cohesiveness. Instead, I’m watching a film rooting to actually SEE something substantial happen, rather than rooting for what’s important, the characters.

McGregor and Farrell were great to watch at times and the twist where Ian ends up trying to kill his brother is great, but that’s pretty much it for the great moments of this film. 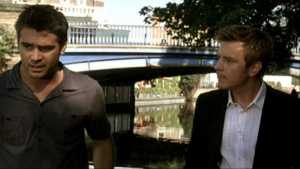 McGregor and Farrell were great to watch at times.

Even the funny and quirky parts where Ian and Terry are discussing how they are going to kill the man fall flat, mainly because (as an audience member) you don’t know whether or not you’re going to see the murder. If the film follows the same methods and structure it has been for the first 50 minutes, then we’ll see Ian and Terry discussing their plan and then the next scene shows them discussing how the murder went. Fortunately, that doesn’t happen, but the underlying feeling is very evident.

I’m mainly giving this a 2 out of 5 because I did have fun watching McGregor and Farrell as brothers. They are the most redeeming factor of the film, but that still cannot save it.

I have no reason to re-watch it.

“Cassandra’s Dream” has a lot of promise after reading the synopsis or back of the DVD box, but you’ll find yourself completely unsatisfied in the end. The expository and impassive dialogue/plot points will leave you wanting to see more from the story, rather than hearing what has already happened. Woody Allen is a genius, in my mind, but this one is far less than stellar. If you can catch it on TV, check it out if you’re absolutely begging for something to watch. Other than that, leave this one alone.