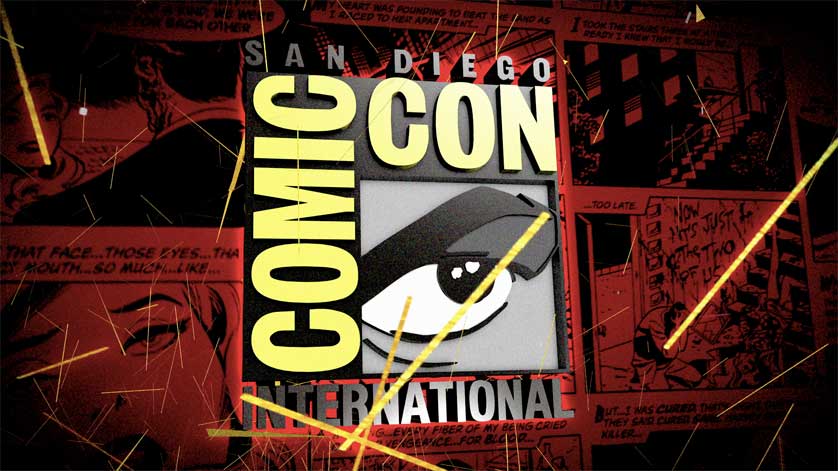 “The Walking Dead” has become an essential staple of comic book conventions. With the series being based on a popular comic itself, AMC has dominated comic book television with the show. Check out the trailer below for the upcoming season and what you have to look forward to in October!

2015 was the year of DC and it’s no surprise that they wowed us with their upcoming lineup. Of course the heavy hitter was Batman V Superman: Dawn of Justice, but fans were also pleased to see the Suicide Squad make an appearance. With (yet another) leaked trailer, we finally get to see a few key characters in action, especially when it comes to the Joker and Harley Quinn. Check out the leaked trailer below.

And for the big finale comes the highly anticipated second trailer for “Batman V Superman: Dawn of Justice.” In addition to the trailer which we’ve already posted, an image was put on Instagram today of Ben Affleck in the suit with goggles.

And for the trailer…

As mentioned, we’ve already covered the trailer. Check out the trailer and our take on the footage at http://www.filmfad.com/sdcc-batman-v-superman-trailer-is-awesome/.

While there were many things that had us in awe at San Diego Comic Con 2015, it was a simple fan question to Joss Whedon that may have given purpose to conventions such as these. Outside of the Hollywood glam, a fan jokingly asked Whedon about the meaning of life and Whedon surprisingly responded with a heart-felt, existential answer. Thanks to io9, we were able to see that response and end the SDCC experience with great insight.

So during Joss Whedon’s big one-man show panel here at Comic Con, a fan dressed in a Jayne hat and a Sunnydale T-shirt asked what was the meaning of life, what was the nature of reality, and how we could be sane and happy in the world. And Whedon responded:

Joss: “You think I’m not going to, but I’m going to answer that. The world is a random and meaningless terrifying place and then we all—spoiler alert—die. Most critters are designed not to know that. We are designed, uniquely, to transcend that, and to understand that—I can quote myself—a thing isn’t beautiful because it lasts.”

Whedon added that “the main function of the human brain, the primary instinct, is storytelling. Memory is storytelling. If we all remembered everything, we would be Rain Man, and would not be socially active at all. We learn to forget and to distort, but we [also] learn to tell a story about ourselves.”

And Whedon said, “I keep hoping to be the hero of my story, [but] I’m the annoying sidekick. I’m kind of like Rosie O’Donnell in that Tarzan movie.” He keeps hoping to be Tarzan, but finding that he’s that weird monkey that nobody can tell if it’s a girl or a boy.

“My idea is that stories that we then hear and see and internalize—and wear hats from and come to conventions about… We all come here to celebrate only exactly that: storytelling, and the shared experience of what that gives us.” The shared experience of storytelling gives us strength and peace, Whedon added. You understand your story and everyone else’s story, and that “it can be controlled by us.” This is something we can survive, “because unlike me, you all are the hero of your story.”