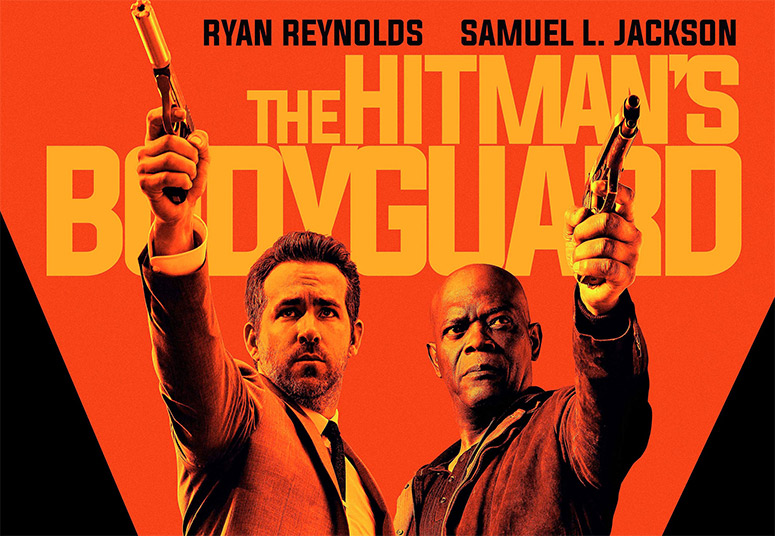 “The Hitman’s Bodyguard” is a generic but enjoyable buddy comedy.

“The Hitman’s Bodyguard” pairs together a top class bodyguard (Ryan Reynolds) and a world class hitman (Samuel L. Jackson) in a race against time. As a key witness in a huge trial, hitman Darius Kincaid finds himself being escorted by Michael Bryce in a journey that becomes physically and mentally trying.

There’s some stagnation in regards to the chemistry between Ryan Reynolds and Samuel L. Jackson. Each of their stories are explored in a piecemeal fashion, leaving room for character development once their paths cross. At first this made me feel like their chemistry was lacking but the film changed course into the second act. Jackson and Reynolds are an odd pairing in general due to their better known actor personas. Reynolds is known for his comedy and Jackson is more of a brooding figure. But while their independent personas do establish dissonance at first, the majority of the film is filled with what we love most about the actors but in a cohesive duality.

The story itself is mostly generic. It’s predictable and follows that step-by-step format that’s palatable for general audiences. The concept of achieving their own goals through a mutual path has been done over and over again. There was little creativity put into the plot and the characters and ultimately this is a film we’ve all seen before but with a fresh new cast.

The cast do their jobs adequately to make “The Hitman’s Bodyguard” feel not as generic. The mentioned Samuel L. Jackson and Ryan Reynolds duo ultimately perform well together. The supporting cast also had their moments. Salma Hayek took the spotlight in this realm. Her character was exuding personality and had an abnormally rugged persona compared to Hayek’s usual roles. She brought both comedy and ferocity to her character. Elodie Yung gave a fine performance as Ryan Reynolds’ love interest but her character had little range, not allowing her to truly give a dynamic performance. Finally, Gary Oldman more than did his part as the villain, but was extremely underutilized. His character is seen sparingly and while he is the primary opposition, he almost seems disconnected from the film with the exception of the reminder in the third act. 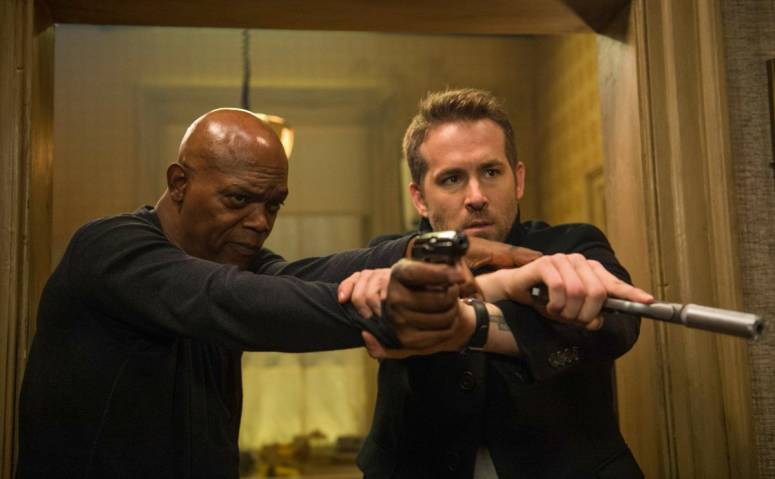 Overall “The Hitman’s Bodyguard” is a generic, buddy film that has been done far too many times. While it may be an overused formula, watching the chemistry develop between Reynolds and Jackson is a driving force of the movie.

It’s not on the level of “Lethal Weapon,” but “The Hitman’s Bodyguard” definitely has a good mix of action and laughs. Samuel L. Jackson and Ryan Reynolds take turns throwing the jabs at each other playing to their stereotypical strengths. Much of what I love about each of these actors was accentuated and made for some light laughs and fulfilling banter.

The action sequences and fight choreography were also a selling point for this film. There were a lot of standard elements in regards to car chases, gunfights, and hand-to-hand combat, but they were well executed and enjoyable to watch. While the first act felt somewhat sluggish establishing the characters, the second and third act made up for it with these consistent intense action moments.

This is one of those films that I would probably pass on in the movie theater but could find myself watching it at home a few times for mindless enjoyment. There are other films that follow this formula that I would seek out first, but “The Hitman’s Bodyguard” is still a decently fun ride.

This is a film we've all seen before but it's an enjoyable refresher to see Ryan Reynolds and Samuel L. Jackson team up for this buddy comedy. The first act may be a bit sluggish, but the action and combat sequences accompanied with light comedy make the final two acts adequately enjoyable. 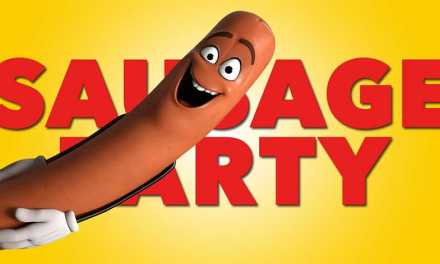