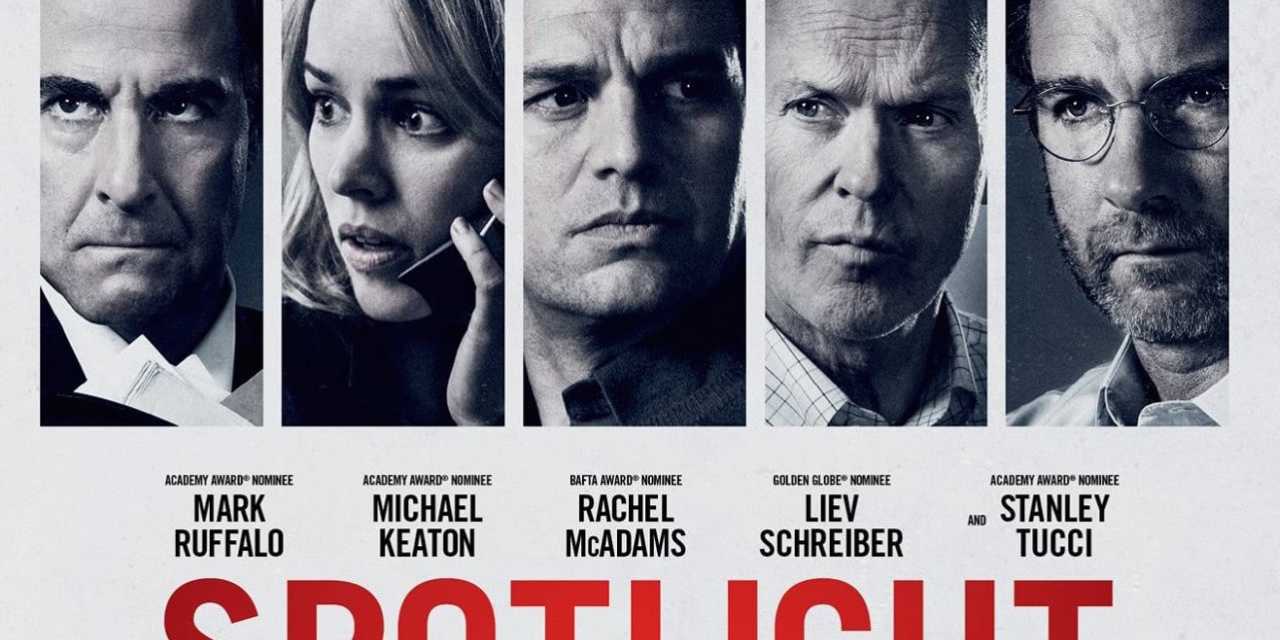 Spotlight is one of 2015’s best films

Remember watching “Meet the Parents” for the first time? Remember the breakfast scene, where we had acting legend Robert De Niro, comedy star Ben Stiller, that grey haired guy who was in a ton of movies (usually playing a jerk) but you never knew his name (it’s James Rebhorn btw) and the other guy… Dr. Bob. Someone who’s role was so minor there was no need to give him a second thought. Man, who would have thought he’d turn out to be a fantastic director?! Tom McCarthy directs the true story of the Boston investigative reporters who broke the story of the conspiracy by the Catholic Church to cover up it’s Priest molestation charges.

The plot is an old fashioned procedural drama and it is fantastic. Right away you get to like all the members of Spotlight. I mean given what they’re going up against it’s not hard to be on their side. The film does a superb job at making you feel like you’re on the team. We get all the information as the characters discover them onscreen. It’s just really solid filmmaking by a very talented director Tom McCarthy. I’ve gushed over him in a few of my earlier articles and with a film this good and the other new films that will probably be sent his way now, I’m sure this won’t be the last time. Visually it’s a crisp, clean image by cinematographer Masanobu Takayanagi. Nothing too fancy with camera moves or lighting, it’s just all a very good looking picture. Some may count that against it but the mark of a good filmmaker is not only having a good eye but to know when it’s needed for the story. McCarthy obviously knew he needed to step back with the cinematography and let the actors do their thing. Even the score by Howard Shore is very subtle but always in service of the story and performances. 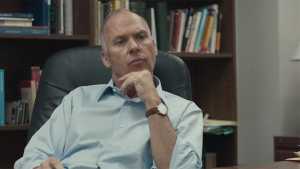 So let’s talk about the actors, shall we? It is an ensemble film where everyone is giving damn good performances but if I have to pick someone as the main character it would have to be Walter “Robbie” Robinson played by Michael Keaton. Keaton had a pretty good year with last year’s Birdman but it looks like he may be heading back to the Oscar race with “Spotlight.” It helps that he and the rest of the cast are all actors known for being very natural and “real” in their acting styles. Mark Ruffalo is probably the reigning king of that kind of acting. He somehow can get away with having his head cocked halfway while talking but make it feel real and not like an actor deciding, “I’ll do something weird just to make my acting stand out.”

All of the actors turn in fantastic acting here and it is an amazing cast. Rachel McAdams completely sells her character’s sincere concern for whoever she’s interviewing. John Slattery gives his at first standard role of the gruff boss a lot of dimensions. Liev Schreiber makes you forget it’s him. Stanley Tucci steals every scene he’s in. Billy Crudup takes a character who at first (and from the trailer) seems like a typical evil lawyer character but makes him into a real person. You may have noticed all of those actors have at some point played comic-book characters and I’m sure the internet will have fun with that. The only other main actor is Brain d’Arcy James who may look out of place as the only unrecognizable actor in the bunch but he certainly holds his own. In fact his character Matt Carroll gets one of the best subplots with a killer of a payoff. No actor feels out of place or like they didn’t come to play at their top-game.

This is an actor’s movie so the plot is primarily moved through the dialog and character interactions and not much in the way of action. However, when the performances and characters are this interesting you don’t mind or better yet, you don’t even notice. I was completely on the edge of my seat the entire movie. In recent years I’ve noticed this tic of mine; when I’m watching a really suspenseful/tense movie I guess I don’t know what to do with my hands so I end up grabbing a finger and I start to twist and pull it nervously. I think I almost snapped it during “Mad Max: Fury Road.” I did it during “The Martian,” “The Visit,” “Blackfish,” etc. and I found myself doing it again here while watching “Spotlight.” This is really something in these sorts of movies where I know the ending as I was 11 when this story came out in the news. I may not have fully grasped the extent of the story but I do remember back then. But there really was tension in this movie, especially the closer they get to print.

Now for the readers who consider themselves religious (especially Catholic) I’m sure you want to know how it portrays religion? After all nobody wants to go to a movie just to have their belief system bashed for 2 hours. Well to get this out of the way, I am religious, I do consider myself a Catholic and I thought the movie was fine in that regard. This is the story of the investigators and the victims so it’s main beef is with the institution of the church. It passes no judgment on the actual belief in God, but rather the way the church can (by accident or design) completely keep someone a prisoner of their own faith. Now even though I personally self identify as a Catholic, I always considered my faith more important than the church and there is a LOT of stuff I disagree with in the Catholic Church and I’m not shy about voicing that. However I do realize that there are people who really consider the church to be the be-all, end-all and for those type of people it may be hard for them to watch and get any enjoyment out of it. However I think what most viewers will be struck by is not how much was hidden (which yes there is a lot) but just how much WASN’T hidden. How much stuff was just sitting out in the public for anyone to connect the dots but nobody did.

You’ll want to look up the real story.

Something I often say about based on a true story films is that one of the best marks of one is that it makes you want to look up the story after you finish seeing it. Well that’s just what I did in this case. I googled the original Boston Globe article and read through it. Even went through a number of websites to get more information. I’m not saying you need to do homework in order to get the movie but “Spotlight” made me want to do this. Even in this review, I spent more time working on it then usual because you see how hard the “Spotlight” team worked and it makes you want to be as professional as them. You know a movie is really working on you when something like this happens.

I already can’t wait for the DVD. I want to see it with other people and do whatever needs to be done to get it out there for the mainstream. It’s a shame that it seems to currently be a very limited release in theaters now. Although luckily the fact that this will almost certainly end up at the Oscars ceremony will help promote it.

In my opinion, "Spotlight" is one of the year's best. It's just one of those movies where practically everything works. It will not leave you anytime soon which is good as it addresses an issue that shouldn't be swept under the rug as it sadly has been before. Fantastic performances, clever writing and direction make it an exhilarating experience. I give it 5 stars out of 5.