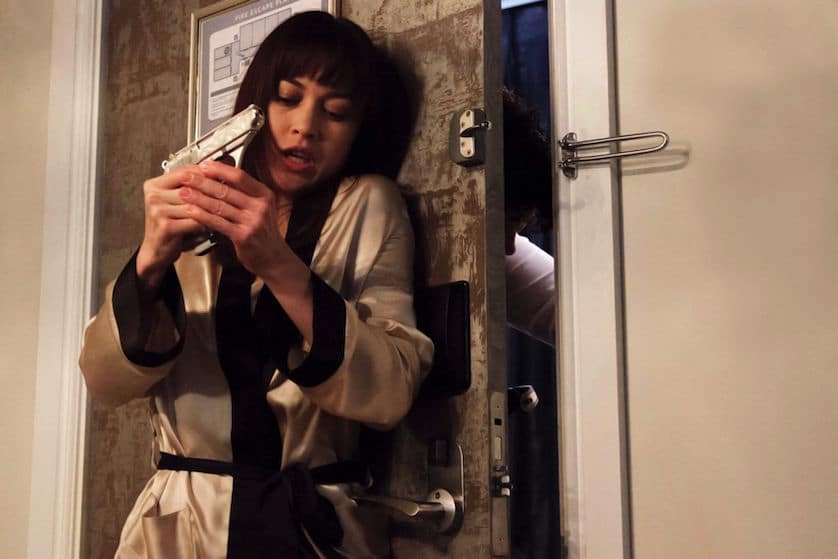 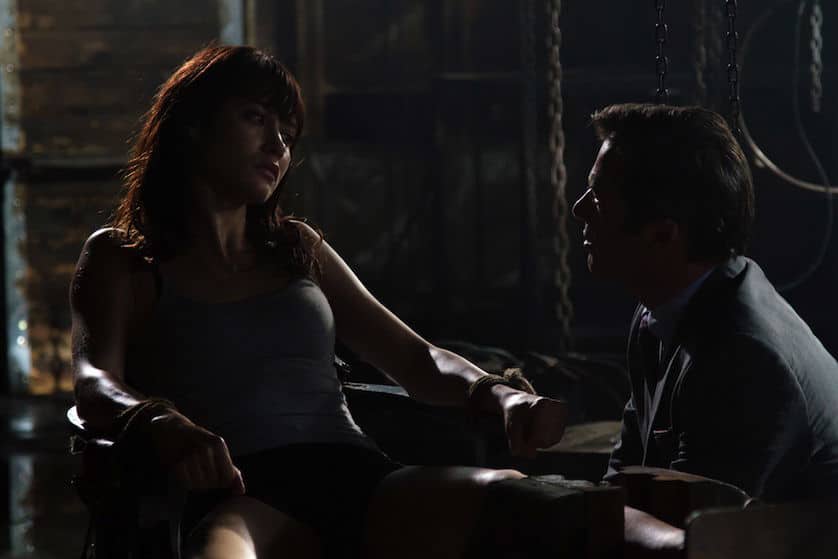 mo·men·tum
noun
The impetus and driving force gained by the development of a process or course of events.

When a routine heist is soured by the untamed zeal of a new hot headed hire, the identity of Alex (Olga Kurylenko of “Quantum of Solace”), a professional thief with a secretive past, is accidentally revealed landing her in the thick of a deadly game of hide and seek. After witnessing the brutal torture and murder of her boyfriend, Alex finds her self in possession of a top-secret thumb drive and the cross-hairs of the master assassin Mr. Washington (​James​ ​Purefoy​) and his team of highly trained professional killers. Armed with her own set of lethal skills, Alex looks to exact revenge for her murdered friends while uncovering a tangled web of government conspiracy and corruption. What starts as a diamond heist for a semi-retired thief, turns into a deadly chase that leaves only one person standing.

In his directorial debut, Stephen Campanelli brings a trio of A-List caliber actors to screen for a visually stunning fast paced action epic with a very unique tone. Having been under the tutelage of the one and only Hollywood screen legend and director Clint Eastwood as his camera operator for two and some odd decades, Campanelli brings a product with far more nuance and visual precision than the typical directorial debut. However the greeness of the director is evident through the hit or miss acting and character development. 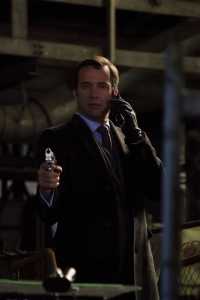 The film’s heroine Alex is played by the beautiful up and comer Olga Kurylenko. Given Kurylenko’s past action oriented cinematic endeavors, her on-screen toughness was there, but her inexperience as a leading lady left her performance a bit one dimensional. Conversely, James Purefoy (“The Following”) was very obviously having a fantastic time on-screen as the lethal yet charming Mr. Washington. Purefoy’s experience bleeds through as the audience finds itself conflicted between loving or hating his professionally cold hearted character. The actors on-screen chemistry is present and, in one particularly gripping interrogation sequence, we learn a great deal about the pair of opposed professionals as well as their pasts.

Morgan Freemen steps outside of his holy wheel house and brings to the table a corrupt and calculated persona reminiscent of his character from “Wanted,” but with the same pillowy presentation of prose which audiences have come to rely upon from the veteran screen sage.

What is perhaps most impressive about this project is the ambition of Campanelli, who steps into the director role with a high-octane action thriller with countless over-the-top set pieces and oscar caliber camera work. It is apparent that the Eastwood’s philosophy behind direction has rubbed off on Campanelli, now to watch the director blossom over time.

While the film at times fell victim to the hit or miss nature of Kurylenko’s femme fatale, the ostentatious and absurd action elements made for a uniquely energetic popcorn flick. The chase showcases the majestic South African Cape Town with breakneck speed. The buoyant action sequences are accentuated by Laurent Eyquem’s clamorous score, giving life to this imaginative conspiracy laden political underbelly.

“Momentum” packs a punch on the first go around but, with a simple story and rudimentary plot points, leaves little meat on the bone for audiences to come back for seconds. As for Campanelli and Purefoy, they are two gentlemen that I would continue to watch for.
Watch the official trailer for “MOMENTUM” below.

If you are a fan of ostentatious action thrillers with fantastic camera work, but lighter on character development, then “Momentum” is a must see. The ambitious debut by director Stephen Campenelli will definitely maintain interest, but won’t be a likely breaker of the box office. 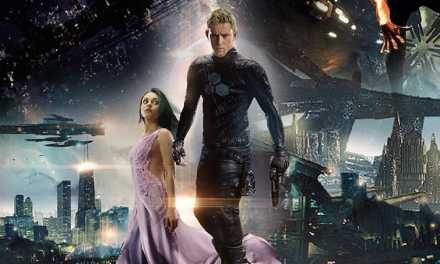