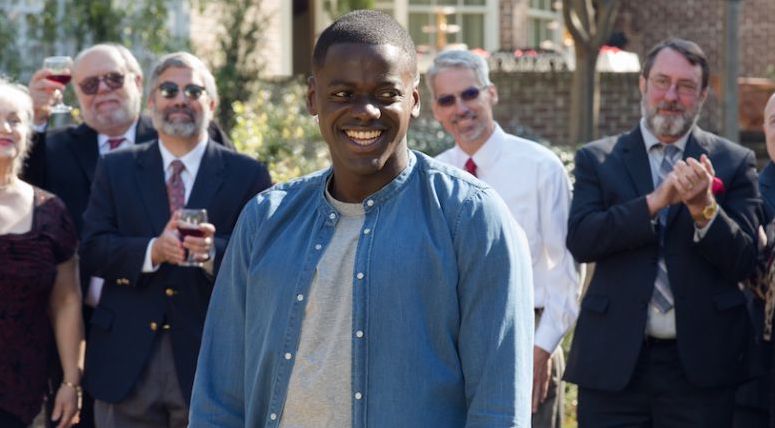 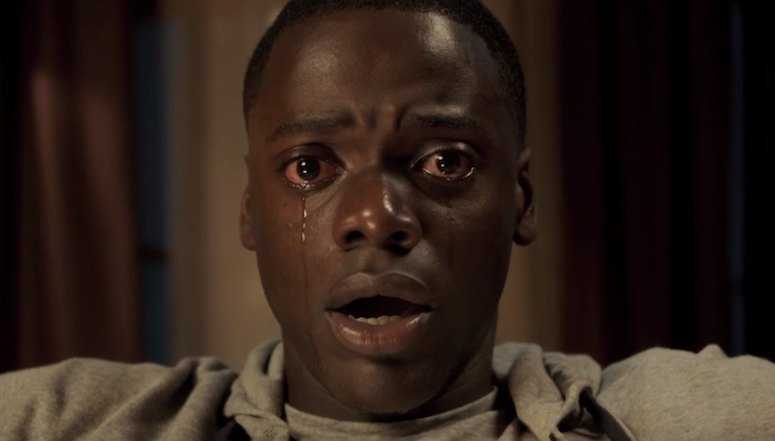 When was the last time you saw a really good wide-release horror film? I’m not talking Eli Roth lopping off limbs or the “Saw” style of submerging people into pools of hypodermic needles for mere shock value. No, I’m talking the slow-burn of an all too believable anxiety inducing suspenseful kind of thriller. You remember those movies with a seemingly benign prelude, where the story had very little violence to begin with. But, at the same time, a few things were odd or “off” enough to make the audience feel uncomfortable. A gradually building story that forces the audience to marinate in that anxious feeling for about 45 minutes or so when, all of a sudden, it sends you sinking into an surprise pit of despair, desperate to “Get Out.”

Well if you haven’t seen one of those it’s probably because there hasn’t been very many of “those” films widely released as of recent. As gore and more violence-based “Purge” and “Hostel” type-horror films have taken the forefront in the past few decades, the mainstream theatre-goer rarely sees a true suspense-thriller. Well, it just so happens that Jordan Peele, one of the most unlikely candidates given his often slapstick comedic background, has just rejuvenated the thoughtful-horror market, and it’s no joke. Continue reading about “Get Out” after the jump.

So, I’m sure you’ve seen the advertisements and you’re wondering “what is a race based horror movie?” “Are white people the bad guys?” “It’s written by that guy from “Key And Peele” so it must be a comedy, right?” Well get out to theaters to see “Get Out” and Jordan Peele will brilliantly answer those questions for you. In the meantime, here’s what I thought of the film…

While most popularly known for his cantankerous wit in Comedy Central’s hit series “Key and Peele,” Jordan Peele has temporarily set aside his iconic Barack Obama impression and overly-ecstatic ushers bit, to direct his way into the feature film market… and it’s with a horror movie?

With an evenly balanced plot and action element, the audience can really sympathize with “Get Out” as it effectively juggles social commentary, comedy and some much needed common sense. Although touting an undeniably unique story, Peele makes sure to visibly pay homage to horror classics such as “Rosemary’s Baby” and “The Stepford Wives” without falling victim to cliche.

A good story alone, however, does not a great film make. Although Peele’s well-crafted dialogue and precise direction will certainly set a new standard for horror films to come, the movie’s success also hinges on the surprisingly high-level of quality drama in the film. While horror movies are known to often tread into campy waters with less than desirable acting, “Get Out” is refreshingly bold with its humor, but astonishingly well acted at the same time.

Peele dissects the ill-managed race relations that divide America. At it’s core, the film is both bizarre and rabidly comedic, yet equally terrifying. It’s an eloquent juncture of the mis-understood complexities of living the life of a black man in America and the outright racism that permeates every facet of his existence, whether intentional or not. The film boldly digs at what is taboo, and I’m not talking Tom Hardy.

The introduction immediately sets an ominous yet comedically undercut tone as “Atlanta” cast member Lakeith Lee Stanfield opens the film with a riff on the “On A Dark and Quiet Night” sort of introductory scene. The core story begins as the hopeful, yet doe-eyed, film’s protagonist, Chris played by Daniel Kaluuya (“Sicario”) embarks on a trip to meet the parents of his semi-serious girlfriend Rose, played by Allison Williams (“Girls”). But, a nervous Chris sets the racially-aware stage as he apprehensively voices his main concern…

Right away the audience is groomed to expect more of an overt social commentary than typically expected from your everyday horror flick. As the story progresses Kaluuya’s character consistently carries much of the emotional heft of the story, becoming the sounding board for all the awkward social interactions that accompany his experience as an African-American minority in America. Kaluuya’s evenly keeled character is optimistic and endearing, bringing a level of dramatic nuance that allows even the most apprehensive of audience members into his on-screen experience.

The supporting cast does well to add various layers of racial sensitivity or faux-acceptance, beginning with the self-proclaimed highly-accepting disposition of Rose’s Mom and Dad, played by Catherine Keener and Bradley Whitford. On the other hand, Rose’s “over-protective” older brother played by Caleb Landry Jones (“X-Men: First Class”) gives no no false pretense and immediately comes across as though he was auditioning to be the lead in an “A Clockwork Orange” remake. 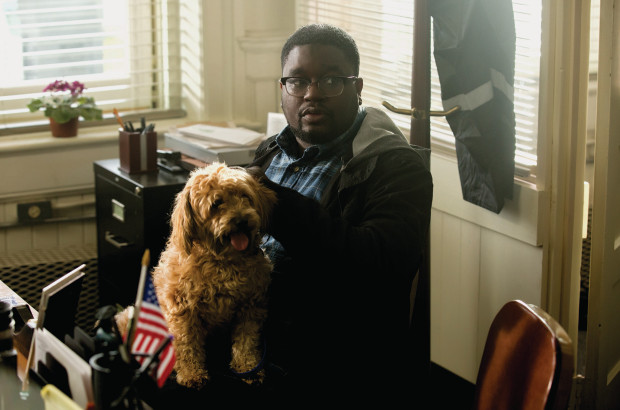 LilRel Howery is Rod Williams in ‘Get Out.’ (Universal Pictures)

Much of the film’s non-situational comic relief comes from Chris’ best friend, a decadently opinionated TSA officer Rod Williams played by Lil Rel Howery. Howery is probably one of my favorite characters in the film, as his comedic insertions are all derived from the less-humorous realities they reflect.

Jordan Peele adds some much needed color to the horror genre… no, umm… Jordan Peele’s directorial debut “Get Out” embraces the darkness… no, that’s not it. Um, how about… Jordan Peele’s “Get Out” finally gives audiences a horror film where the black guy isn’t the first person to die… err… Maybe I should go a different direction with this.

From start to finish, “Get Out” either keeps the audience at the edge its seat, grinning from some sharp witted one-liners or identifying with the well-translated all-to-real social scenarios. The ability for Peele to address the commonly unaddressed “elephant” in the room adds a refreshingly modern sense of reality to the film. Never falling victim to the typical horror tropes, unless obviously satirizing some commonly used cinematic devices, “Get Out” quickly finds an engaging narrative that remains consistent throughout the film. While the plot does venture down some other dark avenues, the film does well to stay true to its overarching identity.

“Get out” goes there, it addresses often undressed themes and is neatly packed within Jordan Peele’s tongue-in-cheek approach. Beneath the veil of comedy and suspense, Peele paints a poetic portrait of his interpretation of the reality of black man’s burden in modern day America. Pure and simple, not only is it cinematically sound and socially progressive, the film is truly entertaining.

Simply put, you won’t find your mind wandering, you’ll laugh out loud and you’ll suffer major frights when the time is right. While some of the more sensitive moviegoers may be apprehensive or even feel alienated by the film’s premise, I would challenge that this is exactly the film to see. The level of sensitivity is not entirely one-sided and will, in a weird way, leave the you with something to think about post credits.

I wholeheartedly agree with my friend Antonio as I reiterate that “Get Out” will become a staple in the horror genre creating somewhat of a standard for future suspense thrillers of this kind will live up to (and, although you may not know him, I credit him because he had this thought well before me… and I am NOT a thief).

Watch the official trailer for “Get Out” below:

When it comes to "Get Out" you won’t find your mind wandering, you’ll laugh out loud and you’ll suffer major frights when the time is right. At it’s core, the film is both bizarre and rabidly comedic, yet equally terrifying. While some of the more sensitive moviegoers may be apprehensive or even feel alienated by the film's premise, I would challenge that this is exactly the film to see. The level of sensitivity is not entirely one-sided and will, in a weird way, leave the you with something to think about post credits.