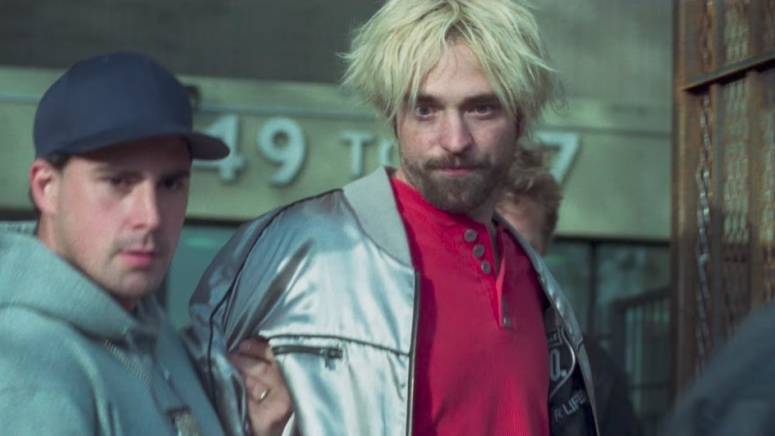 After a botched bank robbery lands his younger brother in prison, Constantine Nikas (Robert Pattinson) embarks on a twisted odyssey through New York City’s underworld in an increasingly desperate-and dangerous-attempt to get his brother out of jail. Over the course of one adrenalized night, Constantine finds himself on a mad descent into violence and mayhem as he races against the clock to save his brother and himself, knowing their lives hang in the balance. Directed by emerging indie film directors Ben and Joshua Safdie who are brothers.

Surprise! A24 has another winner. Millennial angst and thrive in “Twilight” actor Robert Pattinson was remarkable in “Good Time” as Constantine Nikas. He disappears from his heart throb persona that many will remember from the movies based on the loved and divisive young adult series. His strongest moments are in the middle of the movie. Usually a movie can stall in the middle and need to find its footing. “Good Time” is as relentless and committed as Pattinson’s performance. I was surprised with where this movie goes and more satisfied with the payoffs. Do not dismiss the actor from where he began but commend him for where he is going. And he will have a successful acting career ahead of him.

Viewers are immersed in the seedy underbelly of New York City. The dim mood and gritty setting effected me and even enhanced my viewing experience. A few cerebral moments allowed me to fall deeper into the world of mischief and crime.  It makes you want to turn on the lights and shower after the movie ends. Credit directors the Safdie Brothers who crafted grimy world in their last movie, the polarizing “Heaven Knows What.” (I merely liked it, but it was a rough watch). By comparison, this is a significant step up and a refined drama. They will move up in the indie world and make bigger and better movies. We should be excited to see what kinetic movie they craft next.

Another top notch filmmaking credit was the editing which builds upon and piles on the tension. It lays it down thick. Everything from the quick cuts and the long pauses kept me alert wondering what would happen next. For this reason, “Good Time” ranks near “Baby Driver” as the best edited movie of summer if not year. It is precise and planned out.

“Good Time” was a dark movie with uncomfortable moments, but I was on the edge of my seat. It did the job as entertaining, yet it isn’t at a crowd-pleasing level. It will leave cinephiles very satisfied. They couldn’t ask for much more. Many will reference this movie at the end of the year regardless of box office.

There were some crazy scenes that left me amazed and bewildered. At times, I found it believable but I had to suspend belief to just go with it for another time. (A few scenes involving a hospital.) Regardless, it kept me engaged through out its entire running time.

With all of the twists and turns that happen, it could be challenging to re-watch “Good Time.” I could see the tension diminishing after a second or third viewing. Time will tell but this could have a cult following especially if the directors mature and make great work. This is a likely possibility.

However, a significant re-watching factor will be Robert Pattinson’s acting alone. His performance is worth revisiting and if he matures into one of his generations great actors, “Good Time” will be in this discussion for years to come. Again, if you dismiss him because of the “Twilight” movies, you are missing out especially if you consider yourself a movie fan.

With all of the twists and turns that happen, it could be challenging to re-watch "Good Time." I could see the tension diminishing after a second or third viewing. Time will tell but this could have a cult following especially if the directors mature and make great work. This is a likely possibility. 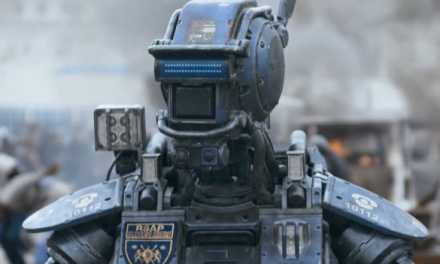 The Sometimes Sappy Chappie was Crappy