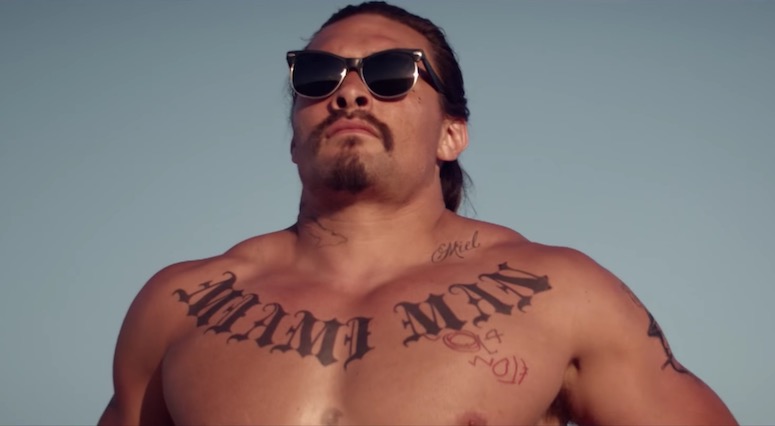 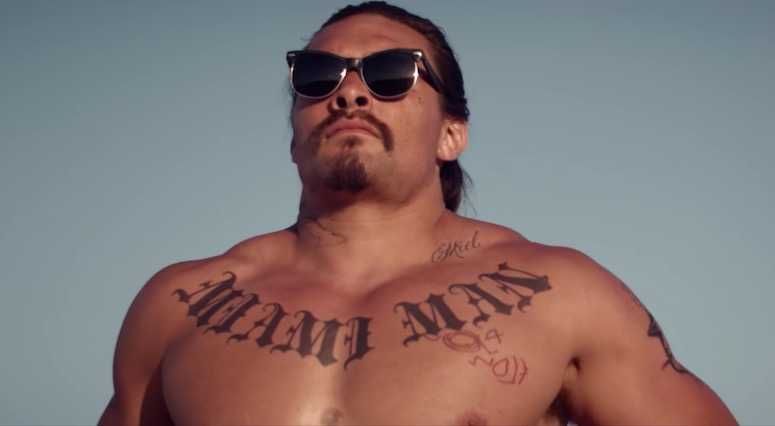 The chaos of this world is vast and unknowable. We’d like to think we can understand it, but we can’t.

Coming off the cult success of her socially aware indie vampire noir hit “A Girl Walks Home Alone At Night,” Ana Lily Amirpour returns to the feature realm with bigger names and an even stranger premise for the A-lister heavy “The Bad Batch.” Premiering at the Toronto film festival this past fall, the glowingly positive critical reception immediately sparked a rabid bidding war as to who’d claim distribution rights to the Vice Media produced oddity. Check out Amirpour’s arthouse turned madhouse movie trailer after the jump.

The bleak and apocalyptic toned indie follows newcomer Suki Waterhouse as she navigates a dusty Texas wasteland, isolated from civilization, only to be kidnapped by a ravenous posse of cannibals. Coming to terms with her fleeting humanity, Waterhouse’s character finds herself redefining what it means to be good or evil – especially when Jason Momoa’s character enters the picture as a hulking, shirtless and psychotic axe-wielding Salt-Bae look-alike.

Watch the official trailer for “The Bad Batch” below!

Coming off the brutally amazing action sequel “John Wick: Chapter 2,” Keanu Reeves’ chilling narration in the trailer sets up audiences for a macabre journey into a very different type of world. Amirpour is quickly developing a name for herself as the queen of eclectic, dark and downright-creepy, and this latest film proves to be yet another crowning achievement for her bizarro arthouse style. As with Amirpour’s shorts and previous film, expect to find some sense of social commentary buried between the cringe-inducing de-limbing moments and darkly toned dialogue.

“The Bad Batch” cast is rounded out by an ultra seedy Keanu Reeves, Giovanni Ribisi, Diego Luna, Jim Carrey and Yolanda Ross. Given Amirpour’s decadently offbeat palate, as defined in “A Girl Who Walks Home Alone At Night” and the explosive response to the film’s debut this past fall, audiences should expect a whole new level of weird from some really familiar faces.

“The Bad Batch” hits theatres for a limited release on June 23rd.

Kee-ripes. What the hell did I just watch?