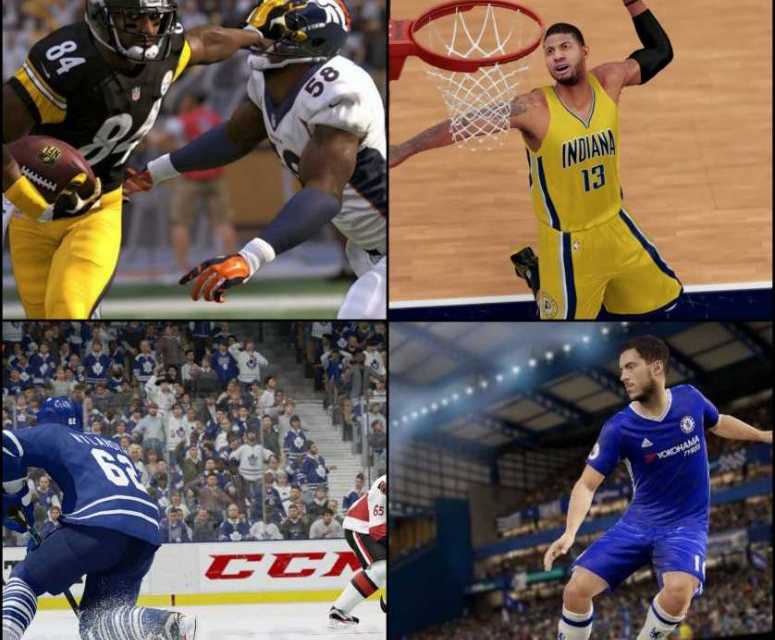 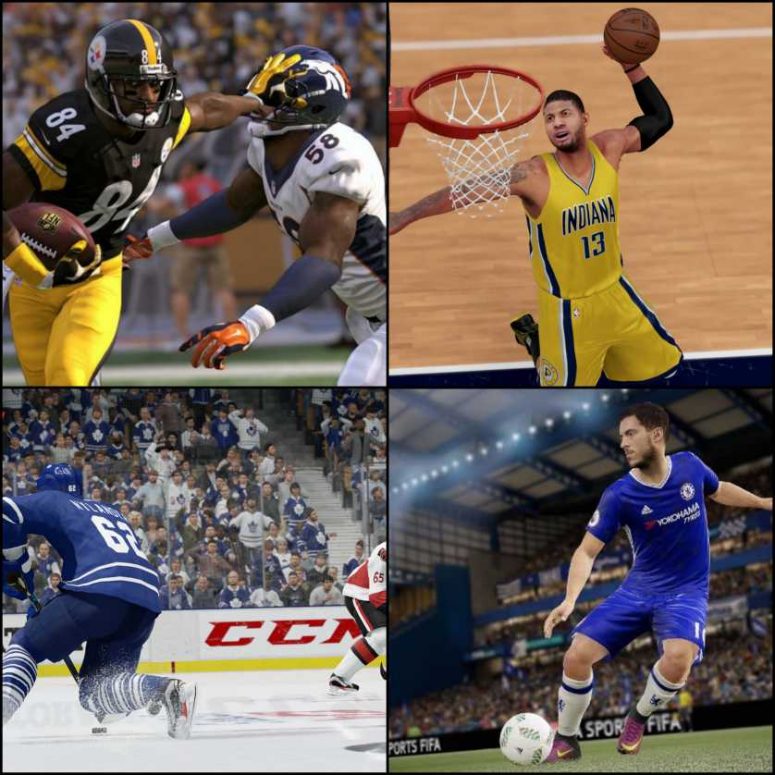 Sports games will always be my fallback when it comes to video games. Whenever I need a break from raging on “Dark Souls” or from crying during “Valiant Hears: The Great War,” sports games are always there to keep me entertained. I can play game after game, and if I get tired, I can switch to a different sport. It’s great, and I even like to create an entire team and have an impromptu story go along with them for a season or two, just to entice my creative/imaginative side.

Eventually I do lose interest in them and return to some of my favorites, but they are always there and that’s why I love them. Plus, they are some of the best to play with people and friends. Local multiplayer and sports games will be a staple for the rest of human existence, and online multiplayer can be fun when the lag isn’t killing the groove.

Here I am talking about my admiration for these games, but at the end of the day, they really are the same every year. Sure, some mechanical changes, graphics, and gameplay styles keep the games interesting, but you’re literally paying $60 every year for an updated roster. Sometimes the technical differences make the game worth the $60, but that still doesn’t hide the fact that the roster is the biggest difference every year.

Many sports gamers have been fine with this over the decades, and I’m one of them, and yet I cannot stop thinking about where sports games will go next. Games like the latest “Blitz” football games incorporated a story, and if the gameplay was better, they actually would’ve been memorable. “NBA 2k16” got film director Spike Lee to create a single player campaign, which was cool but lost steam after playing one season. Older sports games had storytelling elements, particularly the old NCAA Football games where if you were playing well the picture of your girlfriend would change from ugly to hot. Little details like that helped the game become a thing of nostalgia, but when will there be a full-fleshed out story that will go along with these sports games?

Keep the franchise mode, online and local multiplayer, exhibition, and create a team/roster, but what’s wrong with adding in a story? If it’s executed right, the choices you make as a player should dictate your characters career, along with how skilled you are at the game. The problem with “NBA 2k16’s” story was that it was already set in stone, no matter the choices you made or how you made your character look, and it only lasted one season. You got special cutscenes if you achieved certain milestones during your career, but really it was more like “sit and watch what happens,” rather than “Write your story.” Were there some good parts? Yes, absolutely, but it felt like a snippet of what could have been groundbreaking storytelling in the video game world.

Even though games like TellTale’s “The Walking Dead” had some choices that didn’t actually matter in the end, at least some of their choices had weight, there were multiple different endings and there was a sense of choice. That’s what we need in sports games. Keep everything that has made them popular but add in a deep, enthralling story. One where the player can create their character and their choices create their story. Make enough wrong choices and you’ll be kicked out the league. Make enough right choices and the fans/teammates will hate you. There needs to be positive and negative consequences to every choice, just like in real life. That way a player can build a three-dimensional character while being a star in the sports world. What makes it better than Hollywood? You, the player, are controlling the action.

Another thing to wonder about: Will we get to the day where new sports games won’t be released, only patches that update the rosters?