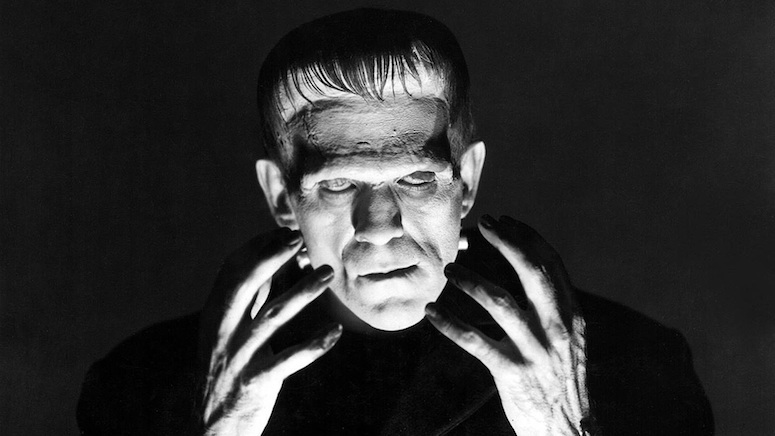 Before all the other long running franchises like “Nightmare on Elm Street” or “Friday the 13th,” Universal’s Frankenstein series was King.

Frankenstein needs no introduction, but despite how ingrained in the popular culture how many have actually watched all the films? Other question, how many do you think there are? 8, (although one could argue which ones count and which don’t I’ll have my own criteria but before I start to ramble)… 8 Frankenstein films at a time when Hollywood was rarely certain of the viability of sequels. As with of these kinds of articles I’m going to list them off from best to worst and hopefully help you decide which films are worth your time. However, despite my own feelings on these films I feel like you should watch them all so I’ll skip my advice portion this time. 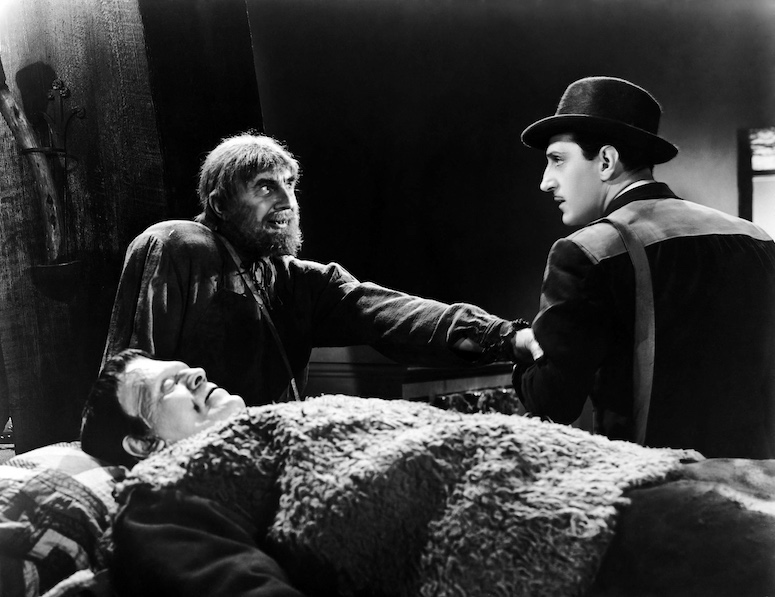 I mentioned this film in my article about Bela Lugosi’s best performances so I’ll try not to repeat myself. This is my favorite of the Frankenstein films. Whereas I feel many of the others are dull or shallow this film was like an answer to all of my problems with the other films. If you’ve seen “Young Frankenstein” then you’ll probably be shocked to see they’re quite close story wise. Wolf Frankenstein, the son of Henry returns to the old town to restore the family name. Instead, he finds angry and mistrustful townspeople. Eventually also a blacksmith named Ygor who takes him to the Monster’s body. He convinces him to restore the monster and then people start dying. It turns out Ygor has many scores to settle using the Monster and is not going to let Wolf get in the way. While this has many great scenes like the other films like when the Monster first meets Wolf, when the Monster discovers his friend is dead, basically any scene with Ygor, it stays exciting in between. Most of the film is a cat and mouse game between Wolf and Inspector Krogh who at first is the only nice person to Wolf. But as he begins to suspect Wolf’s involvement the tension gets turned up. It all leads to a head with the Monster possibly trying to kill Wolf’s son and all the players come together in one of the most exciting climaxes of all the Universal horror films.

However, I realize I’m in the minority when it comes to my opinions on the original Frankenstein trilogy. There are many that feel this was the beginning of the end for the series. Their complaints are often things like Ygor shouldn’t be the main villain. You’re welcome to your own opinion, but I find Ygor to be more compelling and in keeping with the theme that man is more monstrous than the Monster itself. I mean this is a guy who is essentially using a mentally handicapped man to murder for his own revenge. Some say it’s a big step backwards for the Monster to go back to grunts and whatnot after “Bride.” It is, that’s what makes it sad. He was struck by lighting and again that is what allows Ygor to manipulate it. They take issue with the fact the continuity between films doesn’t match. That seems like a silly thing to hold against a film from this era as all them ignore random plot points from the last film. Even just going from the original “Frankenstein” to “Bride of Frankenstein” they change a bunch of details and those even have the same damn director. I’ll never get why some people are so harsh on this film. 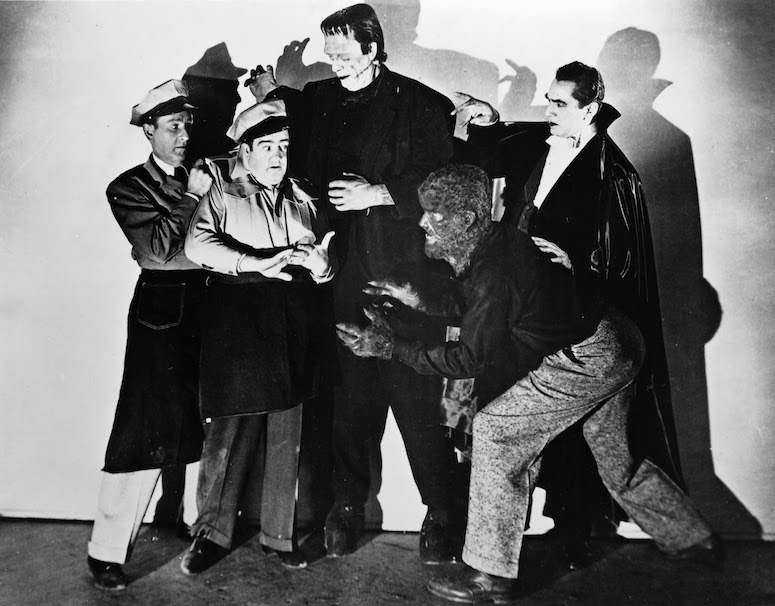 Now this is a film that people can and still do debate whether it should count as a part of the main series. Ultimately I chose to discuss this on the grounds that it’s my Halloween Article and I’ll do as I want. Plus, when else am I going to get the chance to talk about this film? If you’re wondering where are “House of Frankenstein,” “House of Dracula” or “Frankenstein Meets the Wolf-Man” aren’t on this list, well the Monster often barely plays a part in those film and it can be argued that other monsters are the real stars of those films. As such, keep an eye out for them in other years. With all that out of the way let’s talk about one of the best horror comedies ever. We have two of the most iconic comedians ever Abbott and Costello playing baggage clerks who get packages for a wax museum which turn out to contain the Monster and Count Dracula. It turns out Dracula arranged this with a sexy female doctor (who is dating Costello) to get to Costello’s mind to use as the new brain of the Monster. He sees this, but Abbott doesn’t and thus has a hard time convincing anyone of this. The only person to confirm this is Larry Talbot AKA The Wolf Man. Soon all the monsters converge on Abbott and Costello and they must defend themselves against them.

So essentially this is two different films stitched together much like Frankenstein’s Monster. We have Abbott and Costello doing their usual shtick with fast word play. While the monsters engage in what could have been a lost horror classic. One thing this film has over the “House of …” films is unlike those films which are practically vignette films, the monsters all interact and appear throughout this film with roughly the same amount of time. This comedy is a better horror crossover film than the actual horror crossover films, how nuts is that?! So a large part is going to depend on how funny you find Abbott and Costello. Me? I always laugh. Plus they do a great job and mixing the two styles like the scene with Costello trying to return a briefcase to Larry when he’s transformed and always JUST missing him never realized he’s in a room with a werewolf that’s trying to kill him. The climax is fun and exciting and again honestly better than most of the other OFFICIAL film’s climaxes.

Finally here’s another question how many times did Bela Lugosi play Dracula? Oh too many to count right? WRONG! Twice, in his entire career he only ever played Dracula twice. He played tons of vampires who were often Dracula in everything, but name but really only twice. So this gives us a chance to see the true Dracula return to the role he made into an icon. Hollywood may have never wanted him, but he shows even though he’s older he IS Dracula. Again, they make better use of him throughout the film than most of the real films. Bela could speak fluent English by this point and so he can hold longer conversations and really firmly establish himself and the true mastermind of the film. And that’s something else I really love about this film, even though it is a comedy the monsters themselves are treated with respect. Even when they are technically in the “comedy” scenes they’re always treated as the real threats that they are. Thus, making the comedy much funnier. I love this film and it really helped get me into the Universal monster movie series. Still thankful my cousin and I decided to watch this film that one fateful night. 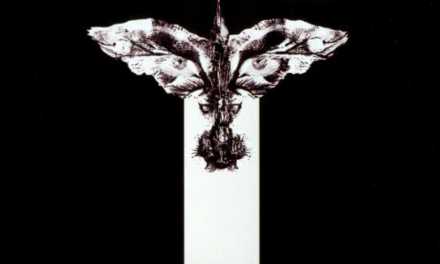 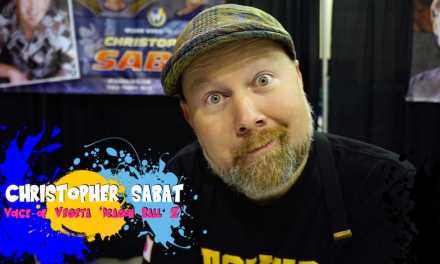