Quick, who is the best animation company in the business?

Disney? Understandable since we’ve all grown up on it. Studio Ghibli? Okay settle down hipster, but seriously not a bad choice at all especially if you’re only going by quality of storytelling. However, I think I would have to go with the Tokyo Movie Shinsha or TMS as it is known to its fans. Let me start with what got me considering this opinion in the first place. You ever see “Akira”?

I won’t go into a description of the film as that’s not the focus of this article, I’ll only say that it is considered a classic of anime and animation in general. Now I wouldn’t be surprised if the trailer didn’t make it apparent for you that the animation in here is probably the smoothest, and most detailed ever done for 2-D animation. To show you the best example would require me to show some scenes from the ending which would undoubtedly make no sense and spoil the film itself. I’ll just put it this way…you would be amazed that they can even do animation like that without the animators killing themselves from the stress, but I don’t want to oversell it. What’s more is that conventional wisdom tells you to keep your character designs simple so it’s easier to draw (because you’re going to have to redraw these characters over and over to animate) and thus you can spend more time making it smoother and faster while also making your drawing time faster and thus cost less. I’ve mentioned the Rankin/Bass version of “The Hobbit” and while I LOVE how detailed all of the characters look they don’t move with any of the grace or smoothness of any of the other film/shows I’ll be talking about here and that’s because with all that detail it is really hard to have to keep drawing them again and again. However, the characters and objects in “Akira” are detailed as well but with absolutely no loss of movement.

So first, what is great animation? As kids we probably didn’t notice much of a difference between the quality of Disney versus something like Hanna-Barbera, it was all cartoons doing stuff and that’s all we wanted. When you really pay attention the animation you watch you begin to see the seams as it were. Animation loops, character’s expressions defaulting to an easier face already used earlier, odd, choppy movements, etc.

An example of all those problems pumped up to 100.

The best way I know how to explain good animation is that it’s just pleasing to watch. For example, “The New Adventures of Batman and Robin” which was a continuation of the great “Batman: The Animated Series.” For their new show they decided to redesign all the characters (except for Two-Face and Harley Quinn) and with the exception of the Scarecrow, they were all worse looking designs. The idea was to either fix aspects from the original (like finally making Scarecrow look scary) or (like in most cases) to make them easier to draw. Most fans would agree the most egregious design was the Joker’s. They sucked out all the color from his face and just in general made him look awful.

Now quickly to something about how animation shows are made in a very simplistic version. We have the show in America where the script is delivered and the American animators make the story boards and sometimes do some animating, but a majority is sent to other animation studios to make sure it all gets done in a timely manner. This leads to some episodes of a series looking better than some. One of the most expensive and coveted animation studios is TMS. While they do cost you a lot, you get extremely high quality animation for your cartoon and they often get used for specials. One being the “The Batman Superman Movie” which was animated by our old friends at TMS. Now as mentioned before the design of the Joker at this time was awful looking but when you have animation greats like TMS doing it, suddenly I can watch that version of the Joker forever. It’s the only time the animation truly matches Mark Hamill’s line delivery for the Clown Prince of Crime. It’s even the small moments that can take your breath away.

Now see how well they do with a bigger budget and improved Joker design from another special a few years later. Spoiler warning. 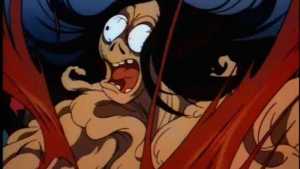 Fun Fact: They stopped doing Clayface episodes because they were too expensive.

It’s all of the little details that make the animation look so beautiful; the lighting effects from the projector, the way Joker flops about as he gets hit by Batman. Even on the regular show when TMS did the “Feat of Clay” episode, Clayface’s freakout at the end is spectacular but it’s in an earlier scene where they shine just as much. Batman is interrogating a weaselly guy by suggesting that he’s going to knock a jar of acid on his head. He does this by resting it on the edge of the shelf over the weasel’s head and punching the wall making the vibrations move the jar closer and closer until it falls. First, the way the jar moves as it vibrates just makes it feel like it’s somehow real and as the tension is building in the weaselly guy and he grabs his face and stretches the skin around his eyes you can see that pink fleshy stuff around the eyeballs, (I’m um… not a medical expert…) but the point being, that’s an amazing amount of detail to a scene. Remember that was for just an episode of the show meaning it was the cheapest of the these examples and yet they still did fantastic work like that. 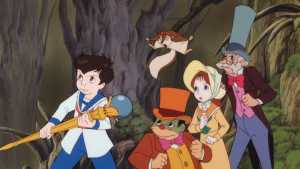 This movie taught me a lot, like how much I wanted a pet flying squirrel… because I had reasonable goals as a kid.

Now what you might be wondering from all of this is why are they essentially work for hire; lending their amazing talents to TV shows like “Batman TAS,” “Spider-Man TAS,” “Tiny Toon Adventures,” etc. Well it’s partly due to their major theatrical films that they made themselves haven’t done well. I mentioned “Akira” at the beginning but despite that being called a classic, it flopped at the box office. Probably due to the humongous budget (about 1 billion yen) and the film only took in about 1 million yen in theaters. Then, in the 90s they tried to make “Little Nemo: Adventures in Slumberland” which had an incredibly troubled production that ended up costing 35 million American dollars for their budget and the film only took in about 11 million. Ouch. The history of the company itself is complicated with different companies coming together and forming into one then some leaving and others buying things and it’s just really complicated. Fun Fact, Studio Ghibli often hires them to help work on their films such as “Princess Mononoke.” 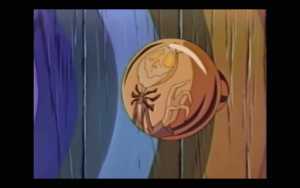 The level of detail in this spoof is just spot on.

I’ll say what I personally love about them, they adapt to other’s style so perfectly. When it comes to art I’m often most impressed with this. Changing your drawing style is difficult, it’s like voice acting. We all can do different kinds of voices, but no matter what, your baseline voice is always somewhat in there. If you listen closely enough you can hear a little trace of the voice actor’s own voice in all of his other voices. It’s similar in drawing. Yes any person can trace, but it takes real skill to be able to completely follow someone else’s style. You can notice on “The Simpsons” or “Tiny Toon Adventures” when certain studios are animating. Some characters look slightly off. For example, the shape of their ears are more rounded when someone else draws them. However, what I really like about TMS is how perfectly they can match the show’s style. Sure the movement and detail of the quality of the animation gives it away, but the characters will always look totally crisp and clean. When TMS animates you get the best possible version of your own cartoon, which is what I think attracts shows to them. Last example, take the show “The Adventures of Sonic the Hedgehog.” If you’ve ever seen it before it’s a really cartoony show, but they had two episodes animated by TMS. For research I watched one and no joke I ended up watching the whole thing just for the animation. It is the best the show ever looked. It begins with Robotnik’s robots messing stuff up in the lab and Dr. Robotnik gets thrown across the room into a vat of chemicals. Now any other episode would have shown that in a flat side view. TMS has Robotnik sliding directly into the “camera” (a head-on shot) into the vat. It is the stuff like that that makes their stuff so much more dynamic to watch. They can take a silly cartoon and suddenly make it look as good (if not better in some cases) as feature films. Many fans get upset when animation is referred to as a genre (because it isn’t). It’s a medium for telling stories. There’s no reason there can’t be an animated film that’s just about human drama, but so many people think it’s just for kids entertainment. It can be so much more and it’s things like the art and craft of TMS that proves it.

What do you think? Who’s the greatest animation company to you?

I really feel bad for not following aimation companies closer. There’s glaringly obvious differences in the quality between certain episodes of the same series in many cases. Batman TAS really stands out, and you cites a lot of great examples. The Real Ghostbusters is another that stands out for me.

I find the more I try to pay attention to the animation the more I’m beginning to be able to notice the different style’s of certain artists.