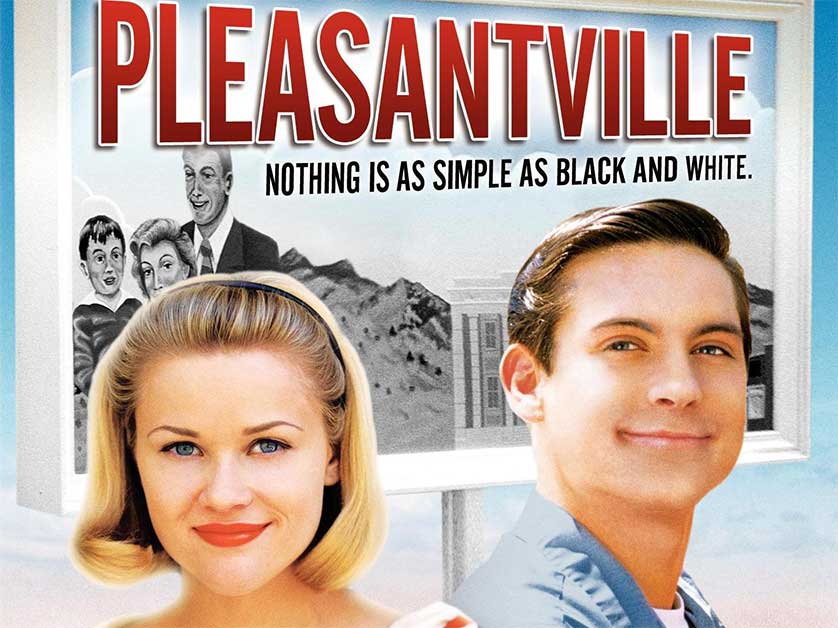 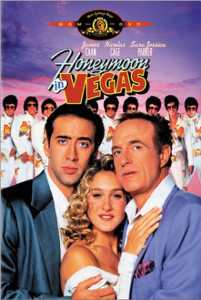 Another favorite of mine both with the film itself and with Nic Cage’s performance. The story is about a man (Cage) deeply afraid of commitment (thanks to his mom’s death) and finally nuts up and proposes to his long time girlfriend (Sarah Jessica Parker) to get married in Vegas. Upon their arrival a gangster (James Cann) catches a glimpse of the girlfriend who is the spitting image of his beloved ex-wife and decides he wants her. He invites Cage to a friendly game of poker and ends up getting him massively in debt to him. Cann then offers to wipe out his debt if he’ll let him take his girlfriend out on a date. Surprisingly he ends up being super charming and convinces her to come with him to Hawaii. So Cage must show what he’s made of to win her back. Written by the same writer of the script that eventually became “Blazing Saddles” this is a really funny movie and an amazingly talented cast. The original poster is eye-catching with the 3 main actors towering over the Vegas skyline. Again the actual DVD cover is not as good-looking, but it gets the job done. 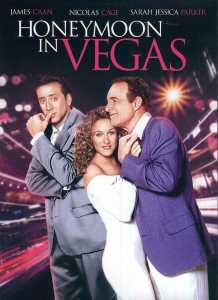 With the newer version we have another case of a DVD trying to make itself look like a totally different kind of (and more recent) film. Specifically “Sex in the City” with the colors and new font. Now I’ve never watched the show (no interest) but from my understanding it is a romantic comedy. So at least we’re firmly in the same genre, but still it’s probably going to be jarring. This wouldn’t be so bad if this was with newer special features, but really like all of the others they haven’t done anything new to the DVD’s themselves, they’re still the basic DVD just with a newer crapper looking DVD. Take a page out of “The Day the Earth Stood Still” DVD. Yes, the only reason they changed the cover was to make it look more like the then recent remake but A.) the original cover wasn’t great and kinda needed an upgrade and B.) they took the opportunity to add some great new making of’s. But now I’m starting to rant so let’s continue. 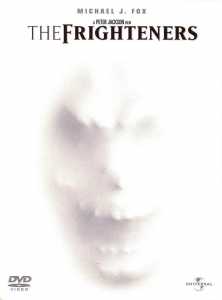 Peter Jackson’s “The Frighteners” is an interesting film. It was originally planned as a spin-off film of “Tales From the Crypt”, but eventually grew into its own film. In my opinion, it’s an alright film. It’s about Michael J Fox’s character who can see real ghosts, but uses that power to con people into seeing fake ghosts for money. This changes when he starts seeing a Grim Reaper who can instantly kill the living and ghosts (you figure that one out) and must uncover the backstory to save everyone while dodging one of the strangest characters Jeffery Combs has ever played which is saying something. The cover is minimalistic, but effective. I can’t fully explain why as this goes against what often makes for good box art, but boy does it draw your eye. Yes you couldn’t discern the premise from this image but admit it, this face poking through the white intrigues you doesn’t it? Sometimes that can work just as well. 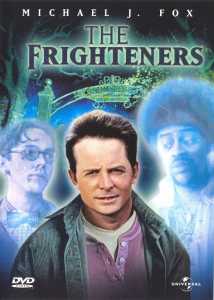 “Presenting Disney’s The Frighteners lol!” That’s seriously what goes through my head whenever I look at this new cover. Which is funny not just in the wow this film is so amazingly NOT for kids despite how much this new art makes it look like it is kind of way, but since Michael J Fox’s reason for doing the film in the first place was to try and branch and be seen as someone who could be in something darker, more adult. Now yes the film does have its silly parts, for instance R Lee Ermey cameos as the ghost of a drill instructor that is SO close to his character from “Full Metal Jacket” Gunnery Sergeant Hartman that in my own personal head cannon it is the same person. However like I said earlier, this film gets dark at certain points. Also, while the CGI on the Grim Reaper is dated I have the distinct impression any kid who would watch this because their dumbass parent just looked at the cover and assumed it was a kids film would be HORRIFIED by those scenes and with good cause. Now you may say well that’s the parent’s fault for not checking the rating, not the DVD’s. And I’d be willing to agree with you if “Deadpool” hadn’t happened and proved that there are a lot of stupid parents out there. However, even ignoring all of that this is an ugly looking cover. Again the original is mysterious, a bit creepy and makes you want to know what it’s about. Despite being a Michael J Fox fan this cover would probably make me toss it back wherever I found it. I know we can’t always expect great art for every poster or DVD cover, but that’s still no excuse not to try.

Which one do you think is the worst? Post about any other examples you can think of in the comments below.

I like The frighteners a lot. Really a fun film and the original cover is outstanding. The new one looks so generic.

I hear a lot of people say the Director’s cut is better.

I’ll have to find that.