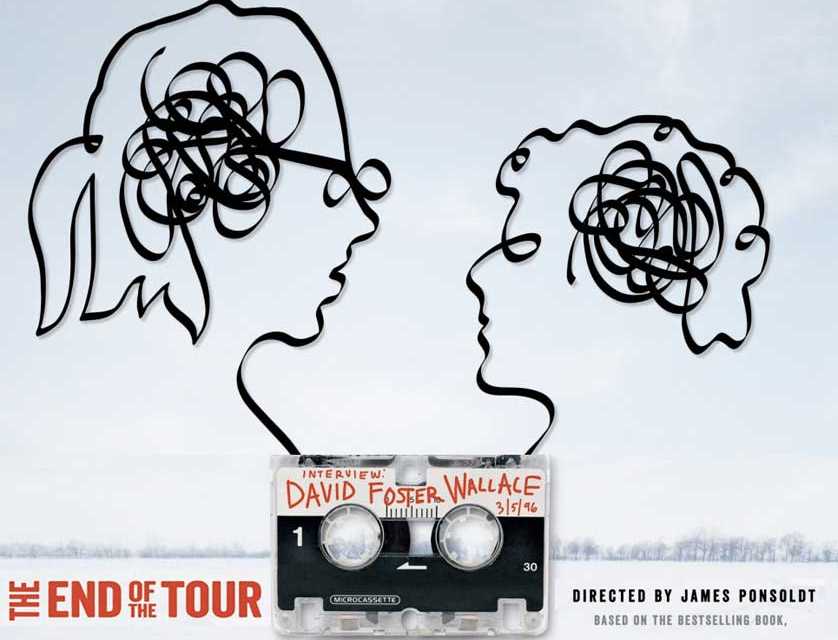 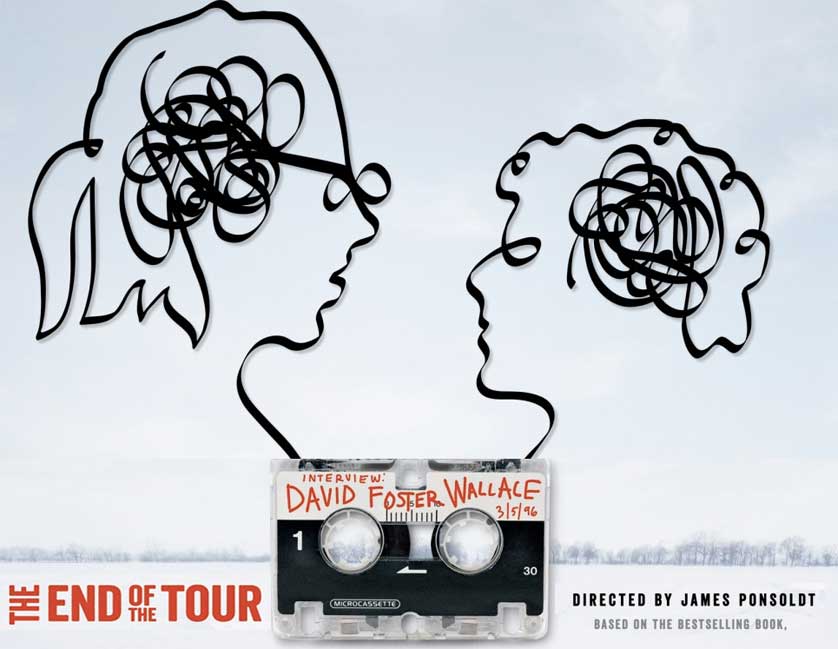 “The End of the Tour” is based on the true story of an interview between Rolling Stone writer David Lipsky and critically acclaimed author David Foster Wallace. The interview took place after the rise of Wallace’s novel “Infinite Jest” which many have revered as a poignant perspective of modern day life. Throughout this film we discover the mechanics of the reclusive David Foster Wallace and gain insight as to why his book touched so many lives. The continuous conversation between he and David Lipsky is spiritually enriching even though some moments can be stagnant and dry. 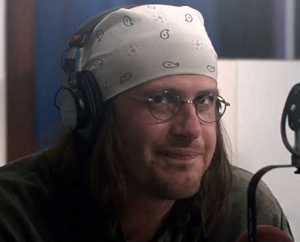 David Foster Wallace is a complicated, manic depressive man that is logically conscious of his condition.

“The End of the Tour” is a plethora of robust, cinematic elements. Its primary focus is on character development which is so strong that it carries the other elements of the film. From the beginning of their meeting until they say their goodbyes, David Foster Wallace (Jason Segel) and David Lipsky (Jesse Eisenberg) showcase the struggles of walking the line between friendship and business. Lipsky is an admirer of Wallace but he continually struggles with that admiration as he is pressed by his editor to dig deeper into Wallace’s life. The conflict between treating Wallace as the subject of a story or as a respected person is the catalyst for what brings these characters together in a dynamically unique relationship.

What’s unique about this film is the journey that both of these characters share. Along the journey it’s a progressive learning experience about one’s self and perspectives on life. David Foster Wallace is a complicated, manic depressive man that is logically conscious of his condition. As a more reclusive individual trapped in his thoughts, Wallace begins to open up to Lipsky and in turn opens up to the audience. Unraveling the mysteries of Wallace seems to run parallel with the subject matter of his famous book “Infinite Jest.” Like the book, “The End of the Tour” should be regarded as emotional enlightenment. 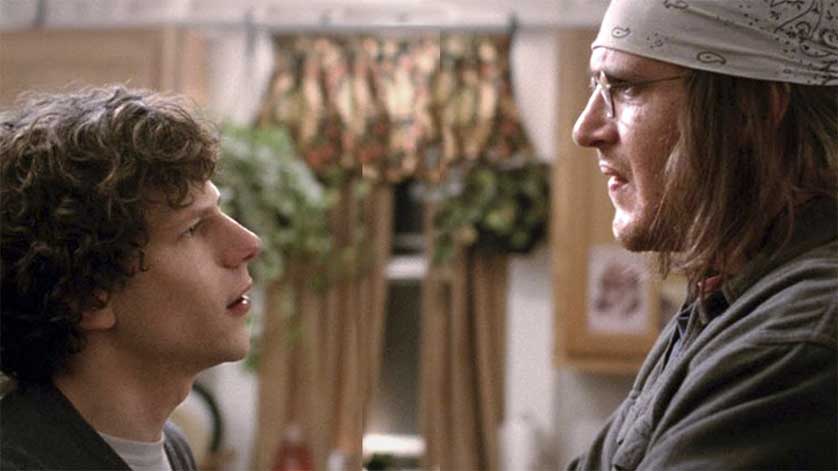 That enlightenment could not come through without the genuine and breakthrough performances from Jason Segel and Jesse Eisenberg. Despite being more than adequate actors, they both have traits that make it hard for audiences to get lost in the roles they play. While some of those traits were still apparent in “The End of the Tour,” Eisenberg and Segel might have given the best performances of their career. Their chemistry is solid as they seem to naturally bounce off of each other in conversation.

If anything would be a downfall of this film it would be the reliance on character development and dialogue. There are brief moments where not all audiences can fully engage in the conversation and during those moments the film becomes stagnant. You begin to notice the drab backdrops and lack of plot that exist without the main characters. But once you do reengage, Segel and Eisenberg are able to enrich the film with their presence, conversations, and chemistry.

The film is surrounded with entertainment but on a deeper level. Jason Segel and Jesse Eisenberg bring expected humor to the screen as well as emotional enrichment of the spirit. The connection to real life events and the novel “Infinite Jest” connect you on a deeper level and leave you wanting to know more about the characters after the film is over.

There isn’t a lot of “fun” to this film but it is an original experience that I would classify as nourishment for the soul. 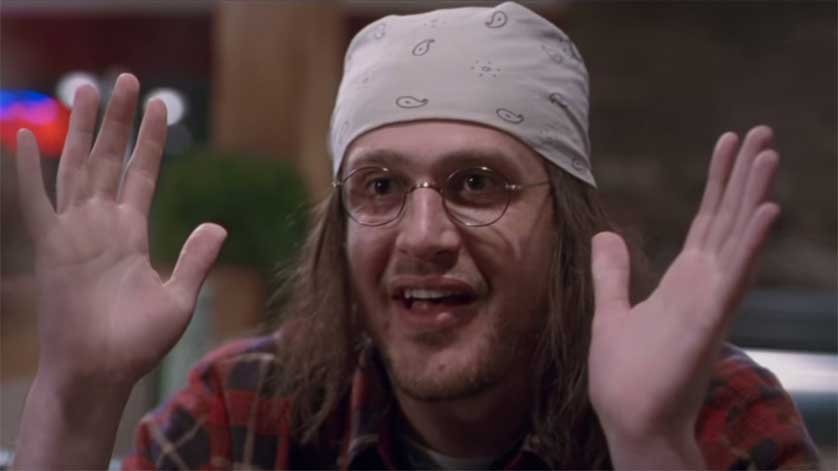 The Re-Watchability of this film would fall lower on the scale. Once you have experienced “The End of the Tour,” its value is somewhat lost. The conversations throughout the film would tend to drag after a second viewing given that the emotional connection and surprise would be essentially lost.

While I’m an advocate for seeing this film, I wouldn’t say it is a film to have on your shelf as one viewing is probably enough.

"The End of the Tour" is an enriching, emotional experience for those that love pure conversation. The film is based on true events that create a curiosity for supplemental research after the film ends. While there are moments that can drag on and seem stale, I think that the overall experience is worth enduring the stagnant periods.