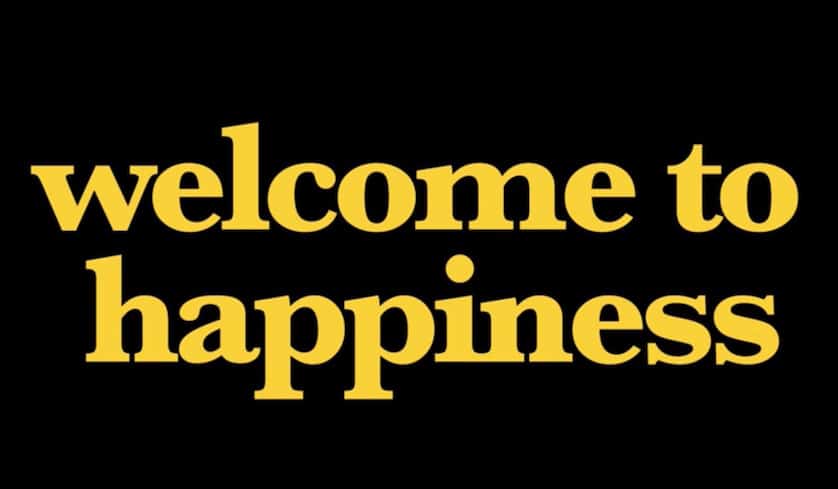 ‘Welcome to Happiness’ is a boldly eccentric and meticulously artful fantasy film, endearing but also not without its flaws.

In ‘Welcome to Happiness’ we find children’s book author Woody (Kyle Gallner) living in a most peculiar apartment. Not because of it’s decor or cleanliness, rather it is peculiar in that the closet within his apartment contains a magical portal. Although Woody is charged with guiding the strangers who randomly appear at his doorstep in search of happiness, he himself has yet to be invited into the mysteriously mystical world behind the secret door.

This door, it takes people somewhere. Takes ’em somewhere special, where you can change the past. – Woody

‘Welcome to Happiness’ can be described as the ultra stylized aesthetic of Wes Anderson meets the paradoxical quirkiness of Spike Jonze’s “Being John Malkovich.” In his feature debut, writer/director Oliver Thompson tells a fantastical tale of sorrow, destiny and spiritual rejuvenation. 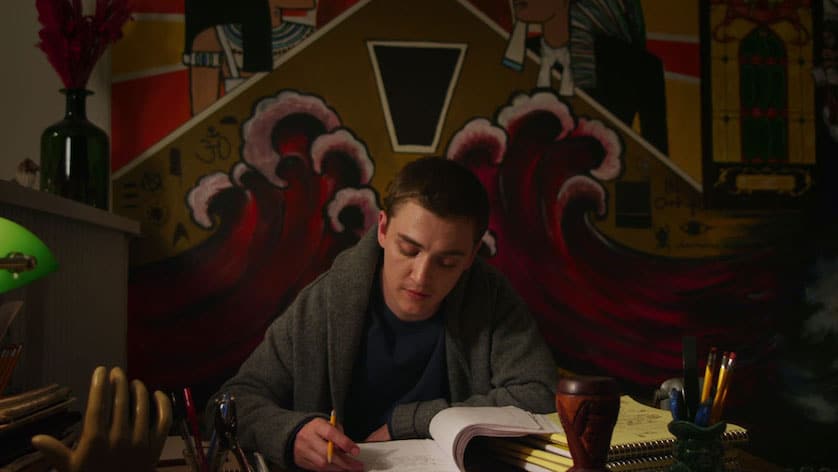 ‘Welcome to Happiness’ plays out as a collection of independent vignettes that intertwine by the time the film culminates. This allows the audience to learn about the characters both individually and collectively, which makes for a more intimate experience. The Individual characters are brought to life by a highly-talented ensemble cast featuring Brendan Sexton III (‘The Killing’), Josh Brener (‘Silicon Valley’), Frances Conroy (‘Six Feet Under’), Keegan-Michael Key (‘Key & Peele’), and Molly C. Quinn (‘Castle’). A shining example of this would be the pleasantly odd and highly humorous “club soda” scene featuring Keegan-Michael Key, Brendan Sexton III and Molly Quinn.

While Oliver Thompson’s story touts complex traumas and verbose spats of dialogue, the film takes its time unraveling each thread sometimes creating too much distance between the characters and at times leaving the individual vignettes awkwardly connected. Dialogue aside, the film is visually captivating with the set design and costume effectively conveying the quirky fantasy element of the story.

Click HERE to check out Film Fad’s exclusive interview with actress Molly C. Quinn as she talks ‘Welcome to Happiness,’ the end of ABC’s ‘Castle’ and what she thinks about the rap game.

On one hand, Woody is a children’s book author with a serious case of writer’s block and way past his deadline. On the other hand, he is the guardian of a magical gateway hidden in his closet. A gateway that cleanses the angst and sorrow from the vexed strangers that show up at Woody’s door. On paper it may sound like an extremely exciting concept, but in practice the film tends to drag due to the heft of the psychology behind the character’s various traumas. While the film is entertaining as a whole, the high level of artfulness and nuance may be too niche to win mass audience appeal.

Brendan Sexton III as Nyles in ‘Welcome to Happiness’ (2016).

Despite a few flaws that can easily be attributed to this being writer/director Oliver Thompson’s feature debut, ‘Welcome to Happiness’ is full of heart and uniquely eccentric enough to stand out from the art film crowd. While I don’t see this becoming a mass hit, I would definitely recommend it to anyone looking for a nuanced and creative film adventure jam packed with substance.

Watch the official trailer for ’Welcome to Happiness’ below.

'Welcome to Happiness' is a thoughtful, boldly eccentric and meticulously artful fantasy film, endearing but also not without its flaws. The film tends to drag due to the heft of the psychology behind the character's various traumas. While the film is entertaining as a whole, the high level of artfulness and nuance may be too niche to win mass audience appeal. I would recommend 'Welcome to Happiness' to anyone looking for a more nuanced and creative film experience crammed with substance. 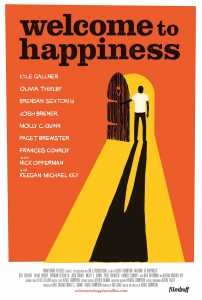 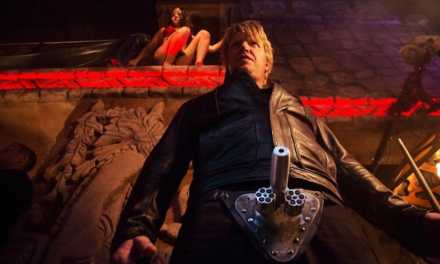 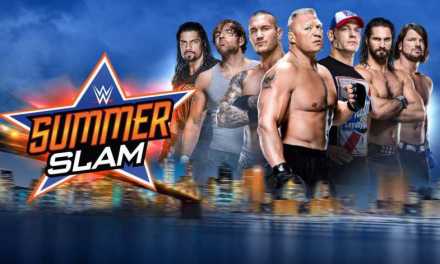