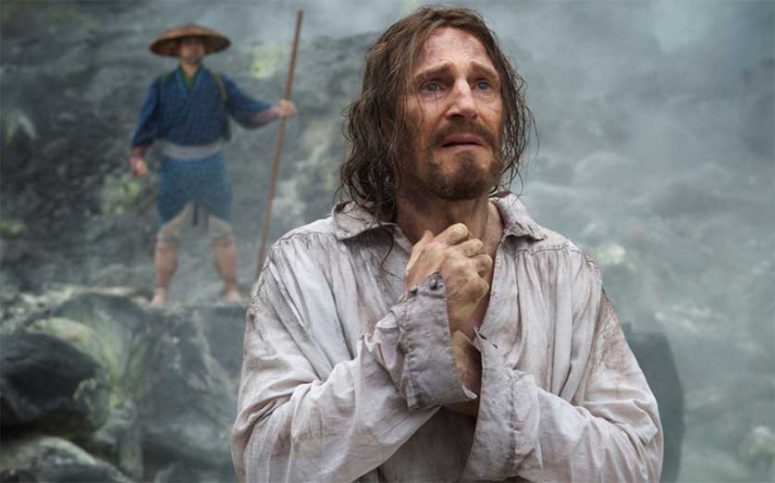 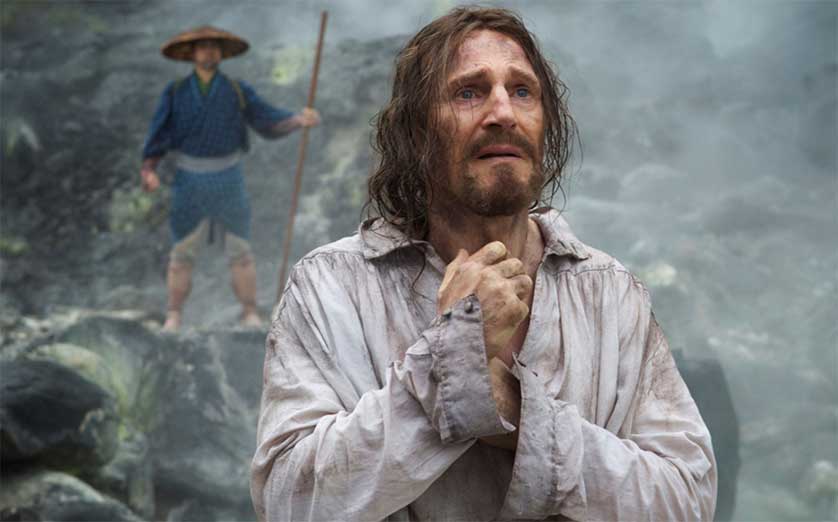 Martin Scorsese’s “Silence” tells the story of two Christian missionaries (Andrew Garfield and Adam Driver) who face the ultimate test of faith when they travel to Japan in search of their missing mentor (Liam Neeson) – at a time when Christianity was outlawed and their presence forbidden. The celebrated director’s 28-year journey to bring Shusaku Endo’s 1966 acclaimed novel to life.

Martin Scorsese’s disciplined direction carries this epic movie. The characters and persecuted Christians experience a wrenching ordeal. Though macabre, “Silence” doesn’t shy away from the gruesomeness, yet is not Tarantino, over-the-top (like many Millennials have told me they think Scorsese is). Both meditative yet jarring, the movie shifts tones. There is always a sense of dread in the air. Something seems to be hanging over the characters even during the sacred moments of Mass. The only time I sense peace quaint sounds of “padre” greet the two missionaries from a desperate congregation living their faith despite an oppressive dictatorship ruling over them. Contrast this with the tough torture scenes where people are tied to crosses as a tide comes in or other are hanging upside down. This is a brutal depiction.

Rodrigo Prieto’s stunning cinematography was my favorite aspect to “Silence.” It looks gorgeous on the big screen. I highly recommend you see this in the theater for this aspect alone! Mr. Prieto embraces traditional, wide scope shots as well as distinct and old fashioned. From tight corridors to facial close ups, Prieto embeds viewers on the mission with his camerawork. If there are unsettling tone, we still have poignant moments. The cinematography was a valuable asset to “Silence.” It enhanced both the intensity of the circumstances while understated moments include when the Japanese are celebrating Mass in secret. It is solemn, but even during these time do the attendees sense dread. The lush landscape shots stuck with me long after the movie. 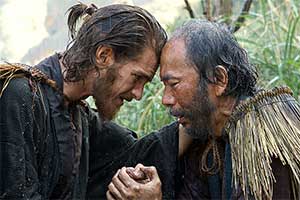 The acting was a strong point and Andrew Garfield was the best.

The acting was a strong point and Andrew Garfield was the best. He gave a spectacular performance! Balancing somber and assertive, Garfield masters a challenging role showcasing his talent. His character experienced different emotions from confidence, fear, doubt, etc. I found his work spellbinding and his most mature performance to date. Garfield has the chops to be in the elite group of actors after this role. He was better here than his likely nominated role in “Hacksaw Ridge,” which was great work. (It is hard to compare the two.) Thinking about  Garfiled in both this made me reflect on his work from “Spiderman” to “The Social Network.” What a solid actor with a diverse set of talent.

Torture is never fun. Slow character studies aren’t typically entertaining. Despite its slower pace among a very long running time, “Silence” was a rather engaging watch. Fair warning, many people from mainstream audiences to casual cinephiles would disagree. The tension, the spectacular shots, and powerful acting in”Silence” held my attention.

Perhaps “Silence” is a little slower than the average movie but it takes quite a bit of time developing characters and explaining the plot. The material isn’t easy to digest. However, no doubt that “Silence” will overstay its welcome to a majority of people, but not to me. Audiences who were raised Catholic will find a lot to admire and be engaged.

“Silence” is a classic. All classics are re-watchable. “Silence” is re-watchable. I picked up on minor details while attending a Thursday night sneak including the extra emotional and small plot details. A dense movie like “Silence” demands a second viewing. Fans of Martin Scorsese would find a lot to like and admire. 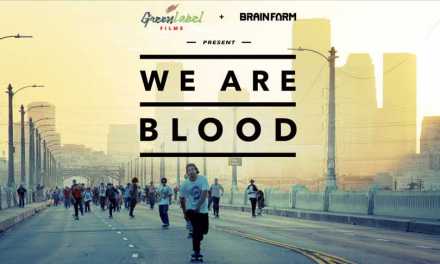