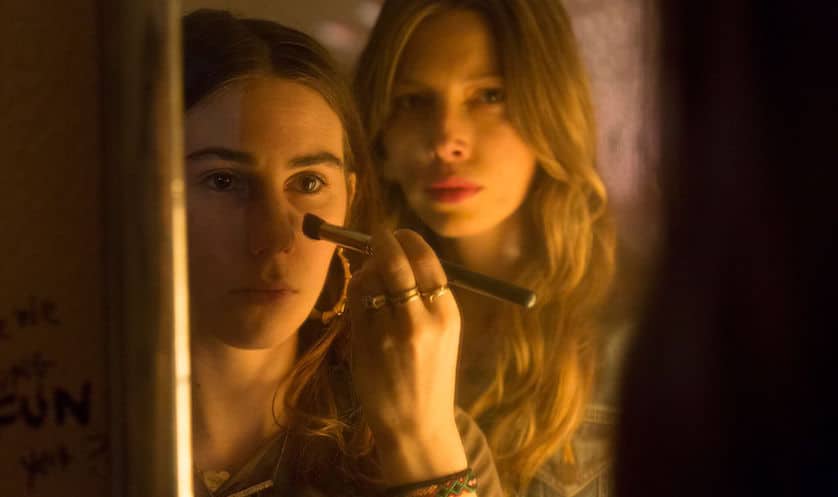 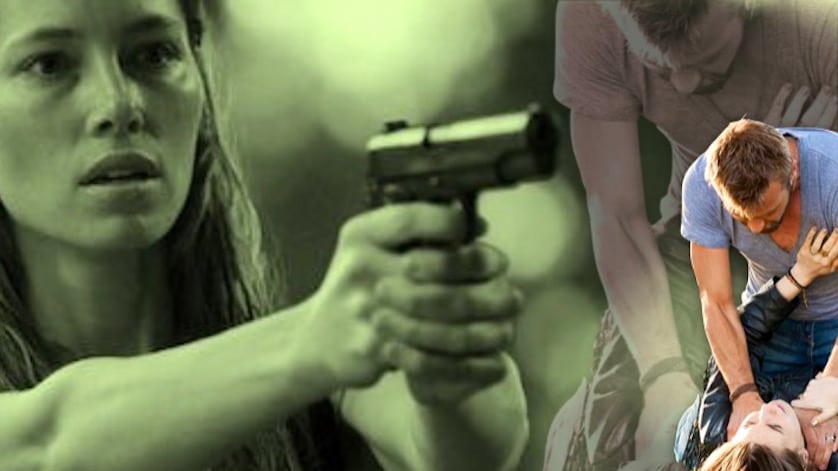 One thing is certain – After watching ‘BLEEDING HEART,’ you’ll never look at a yoga instructor the same way.

May is an even keel yoga teacher living what seems to be a perfect life. But when she finally finds her biological sister, Shiva, May’s put together world begins to crumble in the wake of her newfound sister’s sexualized lifestyle. ‘BLEEDING HEART’ is a must see sleeper drama with stunning performances by both leading actresses – Jessica Biel and Zosia Mamet.

Writer/Director Diane Bell gives audiences an artful cinematic study of violence and its effect on even the most benign person in this philosophical exploration of the modern family. The surprisingly well-acted and unique 2015 dramatic thriller ‘Bleeding Heart’ ferries audiences away from the hyper-real dramas and towards a good old fashioned movie. 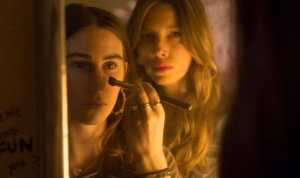 Jessica Biel (‘The A-Team’) is stunning as the surprise heroine, bringing forth a unique and gripping performance unlike any other we’ve seen from her in the past. It is nice to see Biel transcend out of the blockbuster or romantic comedy ‘pretty girl’ and find a more complex and independent role, especially when she shines the way she does in ‘Bleeding Heart.’

Zosia Mamet (‘Girls’) counters Biel’s naive May with her performance as the mysterious and complicated Shiva. Mamet pours emotion onto the screen, but with enough charm to make audiences embrace her at times less than savory character traits.

The supporting male counterparts played by Edi Gathegi (‘X-Men: First Class’) and Joe Anderson as Cody add an appreciated insight into the two distinctly different worlds the couples live in.

‘Bleeding Heart’ is a fantastic thriller that breaks stigmas and opens a discussion on the nature of violence and its cyclical pattern. The films features stunningly crisp cinematography, a simple but direct story, and a gripping finale that will linger with audiences beyond the credit roll.

There are no major CGI effects, no monsters, no robots, and no aliens. ‘Bleeding Heart’ is bloody good because it relies on intriguing dialogue and good acting. There is a mysterious and suspenseful element, albeit subtle, that really sticks with the audience from start to finish. ‘Bleeding Heart’ celebrates sisterhood at it’s core, reminiscent of iconic female lead films like “Thelma & Louise,” but with a modern twist to intrigue today’s audience.

Despite really being a conversation on violence, the more intense scenes are scarer and, I think, for the better. When they do insert tension, the effect really works as it’s juxtaposed against the more still tone of the rest of the feature.

I also have to mention that outside of cinematic quality, Biel’s performance was enthralling and down right entertaining to watch. For someone who has seen her more simple roles in the past, her ambitiousness with May was really satisfying.

I will be watching this movie again, and will share it with others. If you are a fan of dialogue driven thrillers with a brilliant and tight ensemble of young actors, then ‘Bleeding Heart’ is a must watch. If you need a little bit of dazzle and glitz to make your movie experience memorable, then this May not be the right match for you.

Watch the official trailer for ‘Bleeding Heart’ below.

'BLEEDING HEART' is a must see sleeper drama with stunning performances by both leading actresses - Jessica Biel and Zosia Mamet. There is a mysterious and suspenseful element, albeit subtle, that really keeps the audience engaged from start to finish. If you are a fan of dialogue driven thrillers with a brilliant and tight ensemble of young actors, then ‘Bleeding Heart’ is a must watch.

Jessica has actually been in several really good idie films not just romantic comedies. It’s only a shame they usually end up pretty much going straight to DVD because a lot of people are missing out on some amazing movies.