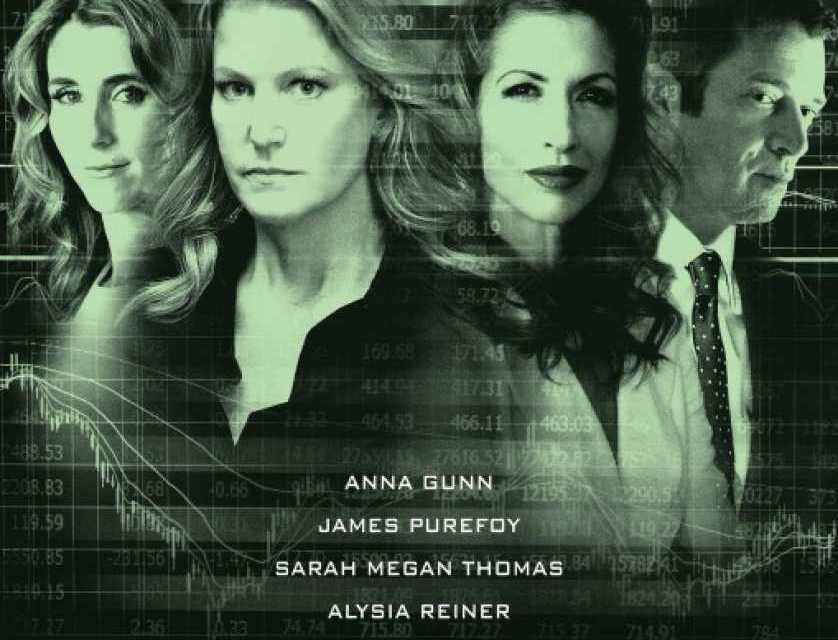 Equality: the state of being equal, especially in status, rights, and opportunities.

Equity: the quality of being fair and impartial.

Those are two definitions that hold similar traits, but have different meanings. “Equity,” directed by Meera Menon, is about the latter of the two words, examining women’s worlds on Wall Street and in corporate America. In no way is this film as mapped out and complicated as last year’s “The Big Short,” but just like that Oscar-contender, “Equity” holds honesty and realism closest to its heart. At first glance, one may believe this could be a sexist film, promoting how women are better than men and should have the positions of power the alpha males have possessed for centuries. No, this film lays the facts out on the table and tells it how it is, along with an interesting story to carry the audience through the 100-minute runtime.

First of all, I need to start of by applauding the fact that “Equity” is directed, written, produced, and finance by women. Sure, there were a few male counterparts, but it’s absolutely wonderful to see women showoff the powerful collaboration they are capable of in Hollywood and the world altogether. There was never a doubt in mind saying women weren’t capable of creating something special like “Equity,” but I’m simply starting off with this to express my thoughts of excellence towards this endeavor. Bravo, and thank you.

Strongest parts about this film are the story structure, characters/acting, and the ambiguous ending. Each character is a strong entity, carrying themselves and each other along this chaotic and insincere world. The actors stay true to their characters and make you forget you’re watching a movie after the first five minutes. They immerse you in the world of Wall Street and corporate America quickly and efficiently. In the film’s money-hungry universe, there lies a perfectly mapped-out story, to the point where I will at some point buy or download the script for my own studies. 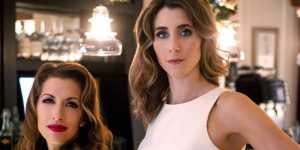 The film’s three leading female characters Naomi Bishop (Anna Gunn), Erin Manning (Sarah Megan Thomas), and Samantha Ryan (Alysia Reiner) are forces to be reckoned with, especially with the performance Sarah Megan Thomas churns out. Heavy emotions, dishonesty, and betrayal allow these three to hold their female flags high and show why women can be just as good, and better, as men in anything. I say this, but like I said before, the film isn’t sexist, pro-female or anti-male. It’s honest, and I’ll get to that in the next section of the review.

The men, for the most part, are the main antagonists of the film, with the exception of Erin Manning’s husband, who gets to be the sponge that soaks up all the emotional discharge from Manning’s journey. They might be antagonists, yet they are still empathetic humans that highlight and re-light the honest fire at the film’s core. Their performances, especially that of Samuel Roukin, who plays the young technocrat Ed, are all phenomenal, clashing and mixing with their female counterparts into an epic web of a story.

I cannot tell you how hard it is to create fleshed-out characters like these and implement them in a thoroughly researched story. These two facts alone are what have inspired me to study the script one day, and then the snappy dialogue and underlying themes are what turn my inspiration into a necessity. Amy Fox has once again brought her writing talents to the film world, and there most definitely will be an Oscar or Golden Globe nomination for her this year. 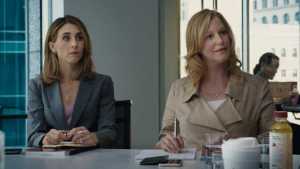 The film is about its characters, story, and its message more than it trying to be an awards contender.

While Meera Menon did a wonderful job telling the story and pulling all these delicious characters out of the actors’ bodies, she doesn’t do anything too flashy with the technical aspects of filmmaking. That’s okay, and I’m not knocking or giving any points for it. This film didn’t need to be made in an unconventional or eccentric way. That’s not what was important. The characters, the story, and its message were important, making it a film not looking to be an Oscar-contender but a story that wanted and needed to be told. With that said, Menon’s comfortable and reasonable filmmaking did allow some of the slow and mellow parts of the film to linger a little too long, creating disappointing pockets of boredom at times.

To revert back to what I was talking about in the last section, the main enjoyment I received from the film was because by the end I realized it was a realistic film, making it a very honest and scary story, especially with its ambiguous ending. The ending wasn’t happy. The ending wasn’t sad. The story wasn’t pro-women or anti-male, even though most of the antagonists were men. The film was honest about how America works today, particularly on Wall Street and in corporations.

Is it the type of film I’d run out of my house, throw my 15 dollars at the box office and leap into the theater’s middle seat? No it’s not, but I’m happy I saw it. This is the kind of film I can suggest to my parents, especially my mother who loves political thrillers and dramas. I won’t suggest it to her because it’s about women; I will suggest it to her because it’s a good movie with an honesty story and some great characters. She’ll come out of it more satisfied than I did, mainly because it’s more within her entertainment interests. While I did still come away satisfied, the film had a tendency to ramp up the tension and drama to brilliant lengths, and then everything would simmer down and return to the introductory levels of act one. 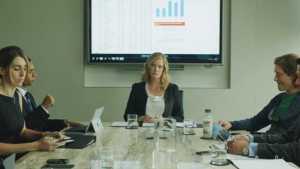 The film needed more of a constant layer of tension…

That threw me off at times. Where there should’ve be a constant thin layer of dramatic tension underneath each scene, which I could see the director was going for, more often than not the tension felt safe instead of scary. Sure, during the big argument and climatic scenes, my heart was thumping, but the scenes in between needed that thin layer to keep the film floating with life, and instead we got a roller coaster with too many hills.

Thankfully the characters and their arcs kept me interested in the story, especially since I’ve never been “Wall Street savvy” or a stock enthusiast. In “Equity,” there are no breakaway scenes where the film explains the complicated stuff to the little guy, like “Wolf of Wall Street” and “The Big Short” did, and yet, in all honesty, there really isn’t any need for them. I might’ve been a little confused with some of the stock lingo and expressions, but all in all I was able to follow along pretty easily, and that’s mainly because the characters were so well written and interesting.

I’m sure people will find their own reasons for enjoying the film, some finding it much more enjoyable than others. For me, the characters and the script are what kept me going through a world I don’t know too much about. It held my attention through its 100-minute runtime, but I’d be lying if I said I didn’t find myself yawning or bored at times during those minutes.

I have no intention of buying the DVD or catching “Equity” on Netflix or cable television after its release. The only true reasons I’ll watch it again is to study the film’s story structure, characters and their arcs, and the ambiguous ending.

“Equity” examines women and their roles in the world, especially on Wall Street and in corporate America. With exceptional performances by all of the actors and with characters you can sink your teeth into, these women, and some men, do a wonderful job carrying you through a roller coaster ride of a story, which has perfectly placed plot points and an ambiguous ending. But, a roller coaster can sometimes have too many ups and downs, making tension conflict with boredom. While in no way is “Equity” an uninteresting experience, the absence of a constant layer of tension makes the film lack substance at times, frequently going from one tension-filled scene to a scene where a sense of safety and content take over. This didn’t stop me from enjoying the story that was being told and the characters carrying me along through it, although I can still guarantee older audiences will enjoy it much more than I did. At the end of the day, “Equity” is an important film not looking to grab awards and sweep the Oscars. It’s just a story that wants and needs to be told, and through Meera Menon’s exemplary direction, that point gets across in an honest and realistic fashion. 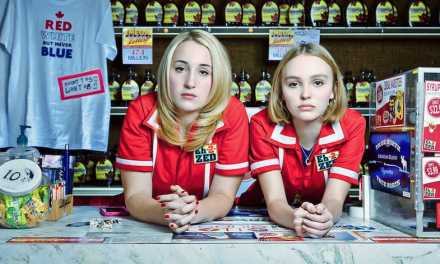 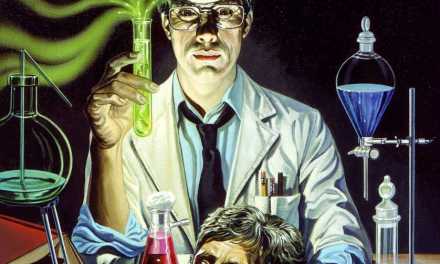