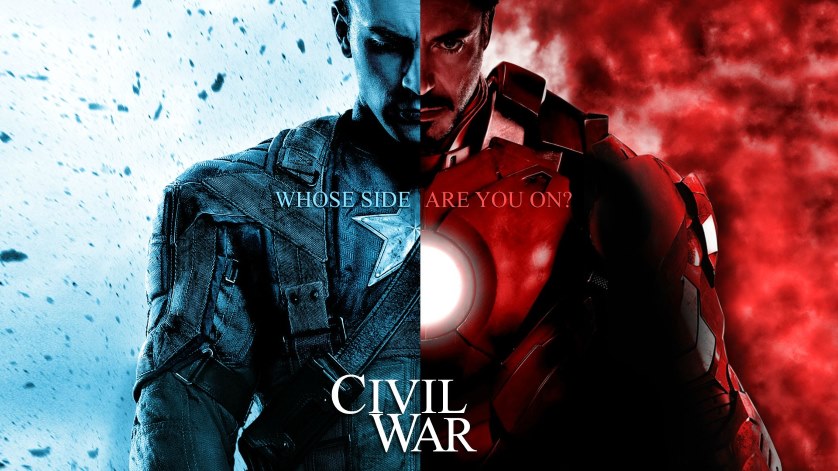 A first look at one of Marvel’s most highly-anticipated properties, “Captain America: Civil War,” has leaked onto the interwebs months ahead of it’s slated release.

According to The Projection List, and based on the science previous Marvel teaser/trailer release, The 3rd installment in the Star-Spangled Superhero Trilogy, “Captain America: Civil War,” is slated to hit screens big and small come November 2015.

Well, they were WRONG (if this is the real Teaser)! Thanks to an alleged Comic-Con marvel pre-screening panel, You and the rest of the internet can slack jaws and revel in the saliva spilling sensation of the “Captain America: Civil War” teaser right now! That’s right, this 48 second teaser primes the pump of FAN-atical (see what I did there?) pandaemonium.

It’s not much that we don’t already know. We see Crossbones, who has obviously risen as a major adversary for the increasingly divided Avengers team. It also looks like Iron Man’s Hulk-Buster Armor showcased in “Avengers: Age of Ultron” is making a come back. Perhaps this is employed to quell an enraged Hulk, or perhaps it is a necessity to combat the increasingly nefarious General Ross’s rumored elephantine alter-ego, Red Hulk.

I am sure, just as it happened with “Avengers: Age of Ultron,” that this teaser leak will prompt Marvel to make an official Teaser release, and perhaps add a twist in content to give fans a little something more.

What do you think about the leaked “Captain America: Civil War” teaser trailer? Is it real, is it fake, Let us know in the comments below… we wanna know!