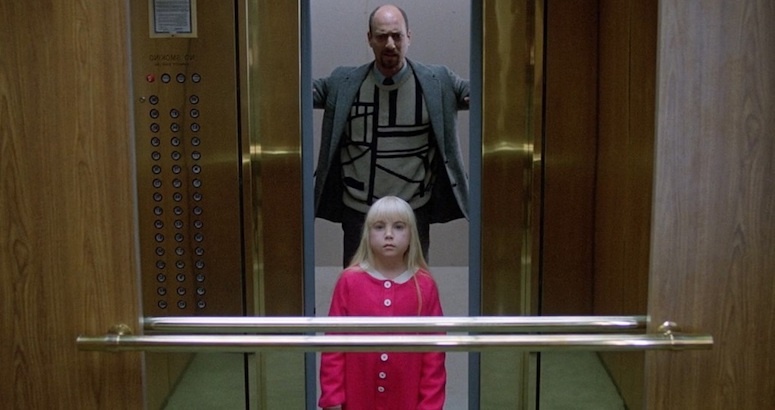 My first exposure to this film was the review of it by Siskel and Ebert. Needless to say they didn’t like it, but it was also one of their funniest reviews. Check it out if you can. This film is the poster child for the WE’VE RUN OUT OF IDEAS film in a series. Also, I feel I must emphasis that mirrors AREN’T scary. This freaking film has ONE trick and it proceeds to do that ONE trick again and again. Someone’s walking past a mirror, there’s something creepy in the reflection (typically Kane), the person walks out of the room, in the mirror the creepy thing turns to stare at them as they leave while this TV quality sounding score plays. If what I described to you sounds like something that would scare you… multiple times then maybe you’d like the film. But for me it was just repetitive and got worse each time they were under the impression they could scare us with the exact same trick.

Speaking of repetitive, you will learn to hate the name Carol Anne. CAROL ANNE! CAROL ANNE! CAROL ANNE! CAROL ANNE! CAROL ANNE! CAROL ANNE! Was that a bit much in written form? Then you’re going to love hearing it in that actual film to the point your ears start bleeding. Maybe the writer of this was like Jack Nicholson from “The Shining” and went crazy trying to write the screenplay and all he turned in for a 1st draft was a script full of Carol Anne over and over and they didn’t realize that this was clearly the work of a madman and just kept it for the dialog during the rest of the drafts. TLDR version: The characters all yell Carol Anne A LOT in this damn movie. So what’s the story this time? Carol Anne is sent away to live with her aunt and uncle in their nice upscale apartment STOP! Do you already see the problem here? Her family sent her away. Really?! After all they went through in TWO movies to save her? After the last 2 films hammered into our brains over and over how important the bond of family is, they’re just going to send her away? Aside from the major problems in theme, tone, story and CAROLE ANNE! the film doesn’t even have any memorable scares. Yeah the last film was pretty boring, but it had a few that stuck in my brain. Here, there’s nothing other than the mirror trick, but I refuse to refer to that as a scare for the reasons I explained earlier.

So does the film have anything good? Well the cast is mostly good. The characters aren’t great, but the actors do as good of a job as they can with what they have. We even have a few returning such as Zelda Rubinstein as Tangina. Although, her role seems like it was added in at the last minute to add at least one more familiar face. Lastly, we have Heather O’Rourke back and she’s as delightful as ever. She’s older and even pulls off some more complex feelings of being abandoned by her family and being a pariah of this new family. The problem is again the constant yelling of her name and that’s because she’s lost for a majority of the film. And to get into why that is we need to discuss another real-life tragedy. Heather O’ Rourke was sick and the initial diagnosis was that it was Crohn’s disease. It was actually intestinal stenosis, a difficult condition to diagnose. Although it is something that IF caught early could have been fixed with a simple surgery. She ended up going into cardiac arrest and septic shock. She was only 12 years old when she died. The film is dedicated to her as a result. I’ll say this for it, the studio did alter their strategy for marketing the film specifically to NOT exploit her death. For that I do respect them despite my feelings of the film.

Almost as soon as this film was announced everyone was ready to jump on it especially given how great the original is. However, it was being produced by Sam Raimi (“Evil Dead,” “Army of Darkness,” the good “Spider-Man” movies) who knows a thing or two about scares. I still wasn’t excited for the film, but MAYBE it could work. It came out and got pretty bad reviews so I didn’t even bother, but I finally did see it for free on TV AND… I CAN’T REMEMBER ONE GODDAMN THING ABOUT IT. I for better or worse watch all the films that I write about on FilmFad unless otherwise stated. So, I am being 100% honest when I say literally the moment I got done watching this (without any distractions) I forgot about the entire film. I couldn’t tell what changes or nods to the original there were. It’s like I somehow got film amnesia.

The only scene I can remember is when the psychic (who in this version is a TV show host) used to be married to one of the paranormal investigators (played by Mel from Frasier). The reason I remember that one scene was because it was the one time this film felt alive. The banter between the two and the way we learn about their being married in the past was well done and the actor’s chemistry between each other sold it. Other than that NOTHING! This remake was so forgettable other than one short conversation. That is just sad! Now this all leads to the question, which is worse this or “Poltergeist III?” Well it all comes down to where you land on the debate of bad movies. Is it worse for a film to be spectacularly bad (III) or just forgettably bad (remake)? I notice a lot of other critics are of the opinion that “hey at least the spectacularly bad left SOME kind of impression on me.” There are times I agree with that line of thinking, but most of the time and especially with this I feel the spectacularly bad is worse. It stays with you after you’ve seen it, taunting you with the memory of its badness. Especially in a case like this where the bad film even reminds you of some horrible real-life tragedies. If a film is forgettable, then that’s it. You move on and never have to worry about that dumb movie. And when you’ve seen as many films as I have and still plan on seeing many more that can be a blessing during your trek through film history.

Eric’s opinion: I guess see it if you’re curious, but I’m honestly not sure since I CAN’T REMEMBER A DAMN THING!

HAPPY HALLOWEEN EVERYONE! See you all next year!

What do you think? Which are your favorite ‘Poltergeist’ films? 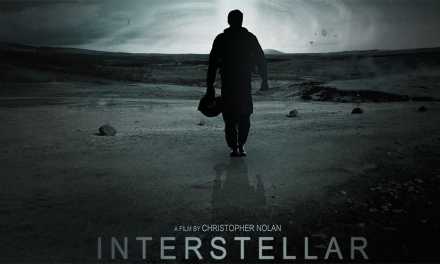